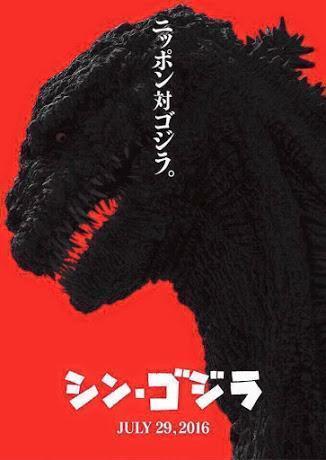 Hollywood’s knack for balls-to-the-wall blockbuster filmmaking notwithstanding, director Gareth Edwards’s 2014 reprisal of classic Toho mainstay for Warner Bros., Godzilla, didn’t bode well for all of its observers. Some loved it in its delivery and even enough to help grant it its upcoming sequel while others were critical and probably a few hated it.
Fast foward to 2016 and through the past two years in which Toho announced it would not be outdone by Hollywood’s standards. No, no…Godzilla is their baby – a 389 foot-tall subterranean atomic fire-breathing creature baby with a bad temper and the will to use it! Thus, in the good name their brand hoisrs, it appears Toho has taken a much more organic approach for its own reboot with the forthcoming Godzilla: Resurgence from acclaimed writer and director Anno Hideaki Anno and SFX wiz, Higuchi Shinji.
Hiroki Hasegawa, Takenouchi Yutaka Takenouchi and Ishihara Satomi star among the line-up shown in the fantastic new teaser unleashed below.