Superhero Politics Melt Down In The First Trailer For MARVEL'S INHUMANS 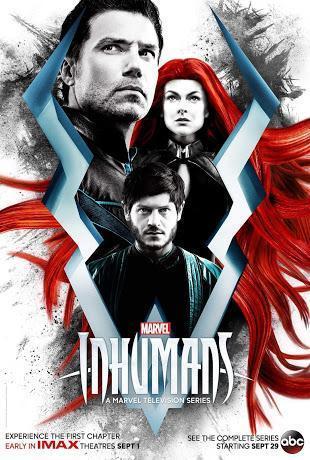 The next chapter in the Marvel saga is coming in IMAX and serial form for home viewing with Marvel’s Inhumans this September. With a second official poster in our wake, we now have our first official trailer teasing internal upheaval and ultimate conflict within a superhuman family.

“Marvel’s Inhumans” explores the never-before-told epic adventure of the royal family including Black Bolt, the enigmatic, commanding King of the Inhumans, with a voice so powerful that the slightest whisper can destroy a city. After the Royal Family of Inhumans is splintered by a military coup, they barely escape to Hawaii where they are greeted with surprising interactions with the lush world and humanity around them.   Now they must find a way to reunite with each other and return to their home before their way of life is destroyed forever.

The first two episodes of Marvel’s Inhumans will premiere exclusively in IMAX cinemas around the world for two weeks starting Sept 1st. The IMAX episodes were shot entirely with the new ALEXA IMAX 65mm cameras. The full 8-episode series will then debut on The ABC Television Network in the US, and television networks and platforms globally later in the fall.

Two Women Plan Their ESCAPE FROM ENSENADA In The Latest Trailer And Poster JUMANJI: WELCOME TO THE JUNGLE Transports You Too An All-Too Familiar Story In The First Trailer