Trailer And Release Date For DRAGONBALL: BATTLE OF THE GODS 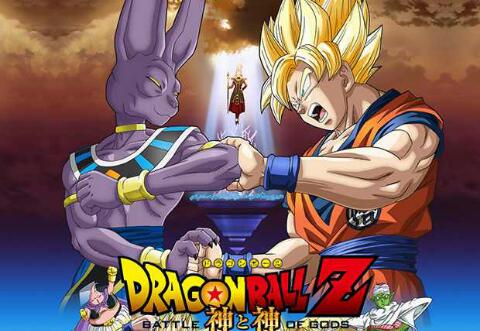 Its been a while since I have seen anything Dragonball Z related. I used to watch the show on TV when it was dubbed in English and kept up with it as much as I could. The 2009 live-action film directed by James Wong was something I really wanted to love, in the hopes we would get a sequel. But alas, it didn’t pan out that way.

Anyway, the guys at Toei have a new film coming out. Below is the trailer for Dragonball Z: Battle Of The Gods, the 18th film in the Dragonball series and will take place in the “lost decade” after the battle with Majin Boo. The film is slated for a March 30th Japan release.

Serialized in “Weekly Shonen Jump”, the hit comic by Akira Toriyama that large overwhelming popularity not only in Japan but also overseas theater versions of the anime series “Dragon Ball” of the original. Expand the original story is completely involved in the story Toriyama screenplay from the stage production, Goku from when we finished the fight with Majin Buu in “Dragon Ball Z” in the TV series. Engaged in mortal combat to defeat the God of Destruction that birrus familiar characters from Son Gohan and Vegeta appeared total, with a mighty force.