A Feature Film For Saman Kesh's 2013 Short, CONTROLLER, Is In The Works At Fox! 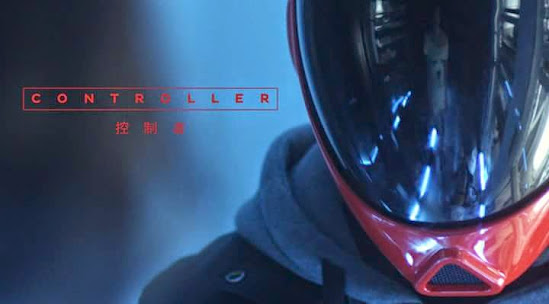 Remember independent filmmaker Saman Kesh‘s 2013 shortfilm, Controller? Well, it’s heading to the big screen with word from Deadline that Fox has picked up the rights to Kesh‘s sci-fi action love story set in near-dystopian New Taipei which sees a telekinetic woman held captive as she orchestrates her own rescue through controlling her boyfriend and turning him into an invincible killer.
The shortfilm is much more cerebral than it sounds, preceded by the three-minute short, I_U; You’ll know what I mean if you’ve already seen it as it’s since been an online hit through several media outlets, and if not, CLICK HERE to take a look at it for yourself. It’s a story brimming with awesome visuals and stunning action and brutality layered with darkly-lit romance, and it absolutely works. And it serves Fox right for noticing, as is the affect that proof-of-concepts appear to be having nowadays.
Alev Aydin is providing the script for Shawn Levy’s 21 Laps Entertainment produce.

BARELY LETHAL Takes Aim With A New Trailer And A Pair Of Release Dates Wu Jing Is Trapped In Purgatory In New Poster Art For SPL 2: A TIME FOR CONSEQUENCES!