A Storm Is Coming In The New Trailer For EXODUS: GODS AND KINGS 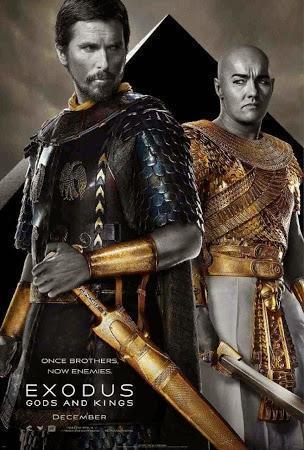 Actor Christian Bale takes the lead in the revamp of the classic tale of biblical hero Moses and brother, Egyptian Pharaoh Ramses, played by Joel Edgerton. And to be frank here, I can’t really write this without avoiding the obvious elephant in the room, being that the film features a principal cast of white actors as Africans and this is neither the first or the last time this sort of thing will happen (obviously), and it is annoying. However, we do finally have a trailer this week, and in large part, it presents a film that looks specatacular as all hell (no pun intended) with an A-list cast and lots of appeal as both a film for churchgoers and period action cinema fans alike. So, either way, this film does offer a little something for everyone, especially if you’re looking for something to see at the movies around the holidays.
SYNOPSIS:

From acclaimed director Ridley Scott (Gladiator, Prometheus) comes the epic adventure “Exodus: Gods and Kings,” the story of one man’s daring courage to take on the might of an empire. Using state-of-the-art visual effects and 3D immersion, Scott brings new life to the story of the defiant leader Moses (Christian Bale) as he rises up against the Egyptian Pharaoh Ramses (Joel Edgerton), setting 600,000 slaves on a monumental journey of escape from Egypt and its terrifying cycle of deadly plagues.

The film releases on December 12. Watch the trailer and stay tuned for more info.