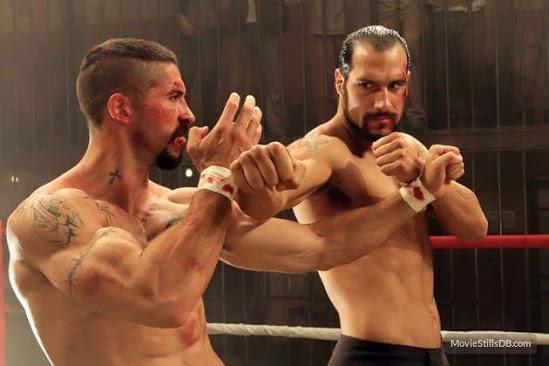 One may have wondered exactly when Undisputed 3: Redemption character opposites, Scott Adkins and Marko Zaror would reunite for another round. Well, leave it to Zaror to tease the masses on Thursday with a little bit of Cannes sales art from Bleiberg Entertainment for the new action thriller, Savage Dog.

Plot details and crew informantion are unavailable at present. The folks over at Bleiberg Entertainment are shopping the film at Cannes this week with the artwork seen below, and plans to shoot the film in June, reuniting Adkins with director Jesse V. Johnson since cameoing in Johnson’s Dominique Vandenberg-led 2005 action thriller, Pit Fighter. The film is also the latest to come from Johnson since wrapping and festival circulating his latest noir action drama, The Beautiful Ones which currently awaits a release. 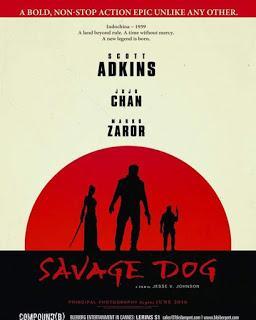 Also starring is actress and martial artist JuJu Chan, notably credited for her role opposite actress Maria Tran in the hit action short, Hit Girls, and for her role as Silver Dart Shi in Yuen Woo-Ping’s Crouching Tiger, Hidden Dragon: Sword Of Destiny.
Adkins recently wrapped several titles in the past year or so, including the long-awaited Boyka: Unidisputed, his forthcoming reunion with director James Nunn for Eliminators, Roel Reine’s Hard Target 2 and a role in Scott Derrickson’s Doctor Strange starring Benedict Cumberbatch in November. Zaror, last seen in the hit Chilean revenge thriller, Redeemer, is currently slated to appear in the upcoming third season of El Rey Network’s From Dusk Til Dawn: The Series, Michael D. Olmos’s upcoming superhero comedy, The Green Ghost, and the Eid release of Ali Abbas Zafar’s Sultan with Salman Khan.