ALONG WITH THE GODS: Kim Yong-Hwa’s Two-Part Epic Takes To North America For Well Go USA

200 Pounds Beauty and Mr. Go helmer Kim Yong-Hwa’s latest is something of a mystery to me. I remember spotting a trailer online for the new film, Along With The Gods, earlier this month only to suddenly lose track of it after seeing it mysteriously disappear from my YouTube viewing history. Now all of a sudden reports are coming in via Variety as of a few days ago that Well Go USA have nabbed the rights to the film which turns out to be a two-part epic – the first of which is now branded Along With The Gods: The Two Worlds, and seeing the trailer here again has only inspired that same fascination and excitement I felt the first time around.

Kim’s ambitious blockbuster comes from the online pages of Ju Ho-min’s webcomic and was produced with a budget totaling in the vicinity $35.5 million dollars (KRW 40 billion), and made quite the noise last week among the film fest crowd in Busan. The film opens in South Korea on December 20 with its sequel being dated for next summer.

“The footage in Busan gave me a real sense of the movie’s massive budget and scale of production. It combines all of the spectacular elements that made me a fan of Korean movies in the first place – from its storytelling to quality of production to amazing CGI,” said Doris Pfardrescher, WellGo CEO.

Check out an international trailer below! 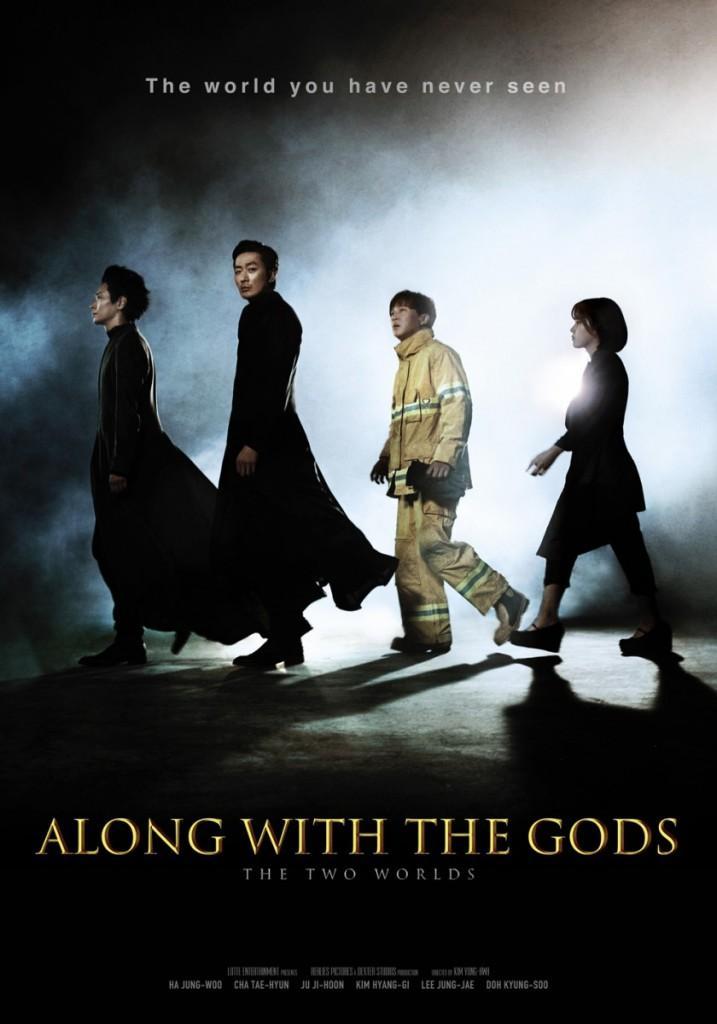