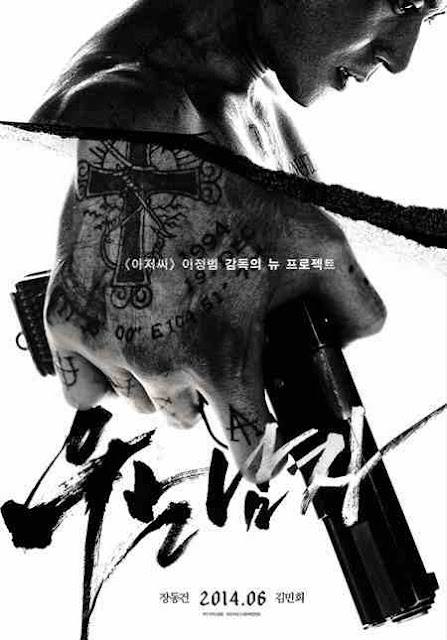 Cannes attendees are going to have a ball next week when they get an eye-full of director Lee Jeong-beom‘s latest hitman crime thriller, No Tears For The Dead. The film is getting three screening dates starting next Wednesday, and in light of this, there’s a new trailer to help further retain your interest.

After immigrating to America and being abandoned by his own mother, Gon is raised to become a hit man. One day during a job, Gon accidentally kills a young girl and is plagued by guilt over killing an innocent child. His boss gives the despondent hit man a new job – to kill the young girl’s mother. Gon’s new target, Mo-gyeong, works as a risk manager at an investment firm. The grief-stricken mother buries herself in her work without knowing that she is in the heart of a dangerous conspiracy. Then, she meets a man who wants to tell her the truth behind the death of her child.

No Tears For The Dead stars Jang Dong-gun, Kim Min-hee, Kang Han-na and Brian Tee, and launches in Korean cinemas this June. Check out the lovely footage and keep your eyes and ears peeled for some distribution news!

Indonesian Fantasy Period Actioner THE GOLDEN CANE WARRIOR Gets New Details Heroic Bandits Saddle Up In The New Action-Packed Trailer For KUNDO: AGE OF THE RAMPANT!