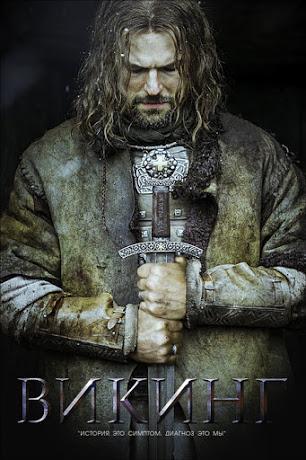 If there were ever a more compelling, eye-catching promotional campaign for a film, it would be Andrey Kravchuk’s forthcoming epic, Viking. Last year’s teaser rose nothing short of pure, electric awareness of the new film for viewers – undoubtedly appealed by the sheer production value and quality overall. The set pieces were fanatstic as was the music score, and not really knowing full well the celebrity of lead actor, Hardcore Henry co-star Danila Kozlovsky, my guess is that the locals adore him, and clearly not for nothing.

For this, the teaser was simply a phenomenal hit. The hype was definitely there and even the usual calls from netizens and fans a like for releases apart from its December 22 open in Russia this Winter, and indeed, the nation’s film industry has rightly earned that kind of attention. Unfortunately, the dialogue also drew some of the more uglier auspices of online fandom from white nationalists who were a little too excited to see this film – I know this having shared my own upload of the intial teaser late last year, and it was a daunting first for me having some of those vitriolic comments posted on my channel which is something I’ll likely avoid next time before long. Sorry racists, not sorry.
At any rate, sans the typical online vitriol, the promotional campaign for the film continues this week and an official trailer has now gone with new, equally epic footage, and a brand-spanking new logo at the end. The Wolverine co-star, actress Svetlana Khodchenkova, and actors Maxim Matveev, Sergei Bezrukov and Joakim Nätterqvist round out the cast.

Kievan Rus, late 10th century. After the death of his father, Svyatoslav I, ruler of Kievan Rus, the young Viking prince Vladimir (Danila Kozlovsky) is forced into exile across the frozen sea in Sweden to escape his treacherous half-brother Yaropolk (Aleksandr Ustyugov), who has murdered his other brother Oleg (Kirill Pletnyov) and conquered the Viking territory of Kievan Rus. The old warrior Sveneld (Maksim Sukhanov) convinces Vladimir to assemble a Varangian armada lead by a Swedish viking chieftain (Joakim Nätterqvist), hoping to reconquer Kiev from Yaropolk and ultimately face the mighty Byzantine forces.

Watch the new trailer below, and let’s cheer this one on for a hopeful, much deserved wider release!

Jean-Claude Van Damme And Co. Sign On To Star In KILL ‘EM ALL Review: BEAST: THE CHRONICLES OF PARKER (2016) Is A Full-Blooded Martial Arts Action Affair That Shows Its Teeth Accordingly