In reflecting on Takashi Miike’s 2002 rendition of Kinji Fukasaku’s Graveyard Of Honor, news of pending remakes of Mario Van Peebles’ New Jack City and that of Brian De Palma’s Scarface comes to mind. Remakes and reboots of movies are the lifeblood of controversy for some film eager and opinionated film fans, and brouhaha with the latter two were no exception, although it’s worth imagining if those remakes will be anything like how Miike revised such a throwback classic.

The reception for the 2002 film, indeed, was quite positive, which is characteristic of an auteur like Mikke, who roared his way through the 1990s and 2000s with hits like Audition, Ichi The Killer, the Dead Or Alive trilogy and the Bodyguard Kiba movies to name a few, among the dozens of films he did by this juncture. Miike’s casting of Goro Kishitani to play Rikuo Ishimatsu (to the late Tetsuya Watari’s biopictoral take on Rikio Ishikawa) was a more than welcome one, lending credence to a story with through the actor’s ferocious and menacing screen presence. Even in a film like Takashi Yamazaki’s family sci-fi, Returner, Kishitani never loses his touch here.

Miike’s Graveyard Of Honor isn’t a beat-for-beat remake of the original. The movie clocks in at about two hours and ten minutes, transplanting from post-World War II to tail-end of of the Showa era to follow its own incarnation of Goro Fujita’s gangster novel, apart from Fukasaku’s. Thus, Miike’s film expands on way more for its premise, but the director does take some of his cues from the original film for an essential depiction of Rikio that pays a humble nod to Watari through an excellent performance, paired with actress Narumi Arimori inheriting the role of Chieko from Yumi Takigawa.

In Miike’s film, Rikuo Ishimatsu works at a restaurant in the 1980s. After saving the life of a yakuza boss Sawada from a would-be hitman, Ishimatasu is welcomed into the family as a high-ranking soldier, despite the quiet naysay of Sawada’s subordinates. He meets the beautiful Chieko at a restaurant and invites her to a Karaoke room, only to rape her before leaving her a wreck, and it’s from there that Ishimatsu’s descent into violence begins rearing its ugly head just a little more to test the wills of underworld, physically attacking other bosses.

Ishimatsu finds allyship with Imamura (Ryosuke Miki), a fellow inmate and gangster, while doing a five year stretch after doing a hit job for Sawada. He also finds companionship with Chieko who finds herself ultimately falling in love with him, and all the while with Ishimatsu’s continued mental decline worsening over time; Ishimatsu goes into hiding with the help of a small handful of allies –  including Chieko and Imamura – after committing an unforgiveable act that ultimately marks him for death. As things stand, however, nothing can ease Ishimatsu’s growing paranoia and unruly demeanor, going on one killing spree after another, and ultimately pulling Chieko into his newfound heroin addiction.

Of course, if you’ve seen the original Graveyard Of Honor or you’re familiar with the exploits of the real-life gangster on which Fujita’s novel and the 1971 movie is based, you can get that Ishimatsu’s curtain call isn’t the drugs. Indeed, it’s the signature swan dive from atop a tower on prison grounds after he’s sentenced for his crime; Compared to the scene in Fukasaku film, Miike’s delivery cranks it up to 20 with extra gravity and gallons of blood to boot, with a touch of absurdity that only adds to the quintessential spectacle that makes watching a Miike film so entertaining.

Miike’s incarnation with the role of Rikuo Ishimatsu contributes easily as one of cinema’s most memorable screen villains of all time. Actor Kishitani takes center stage with a more fleshed out portrayal, illustrating our character’s psychological decay. From the start, he’s already unfazed by threats of violence around him, and his perceptions of societal norms are inherently twisted. He’s less feral than Watari’s Ishikawa, but he’s just as amoral and untamed, living his life burning the candle at both ends, coming, going, drinking, robbing and fornicating as he pleases, and it all comes to a head as he’s cornered into a showdown with the police, and later on with the Sawada gang.

Between both Fukasaku and Miike’s film, you can’t help but wonder and witness both stories as a grotesque reflection on enablement. What takes hold is the insanity of knowning the yakuza, at least from a cinematic standpoint, will seemingly look the other way when it comes to certain indiscretions, as much as they need soldiers with a certain killer instinct and an air of crazy to help embolden them for their own personal gain. Fukasaku’s film concentrates on this aspect much more than does Miike, who recalibrates this particular element of the story to arouse specific moments of surprise and imminent betrayal, but the reference point is inherently the same for both stories.

Miike has become much more renowned throughout the world with more than 100 films under his belt, which makes his addition to stateside brands like Well Go USA and Arrow Video all the more welcome for genre fans. If you’re like me and you began your journey watching Miike-directed movies back when Media Blasters’s Tokyo Shock shingle was booming, chances are you’re still probably digging down that rabbit hole, in which case, now would be a good time to take a gander at the Arrow Video Channel for your Miike-viewing pleasure, and then some. And also, beware of an early cameo of Miike in classic Miike-fashion. 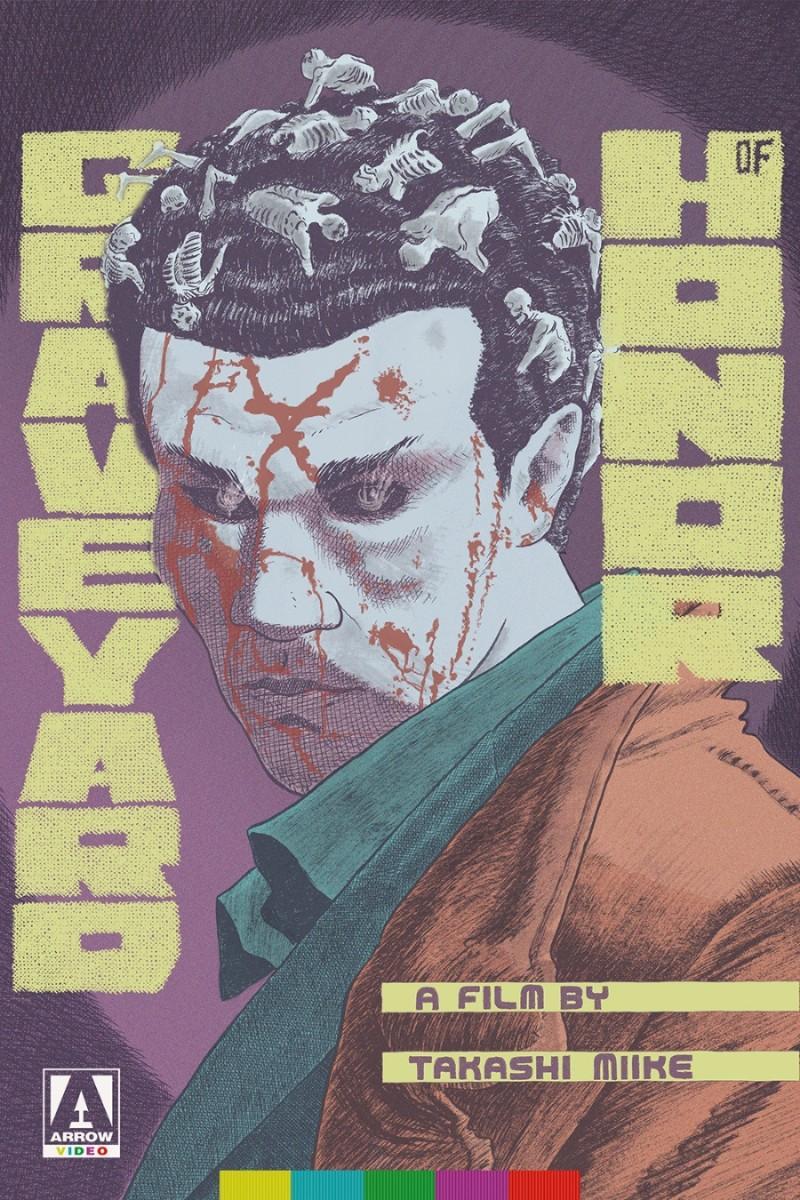