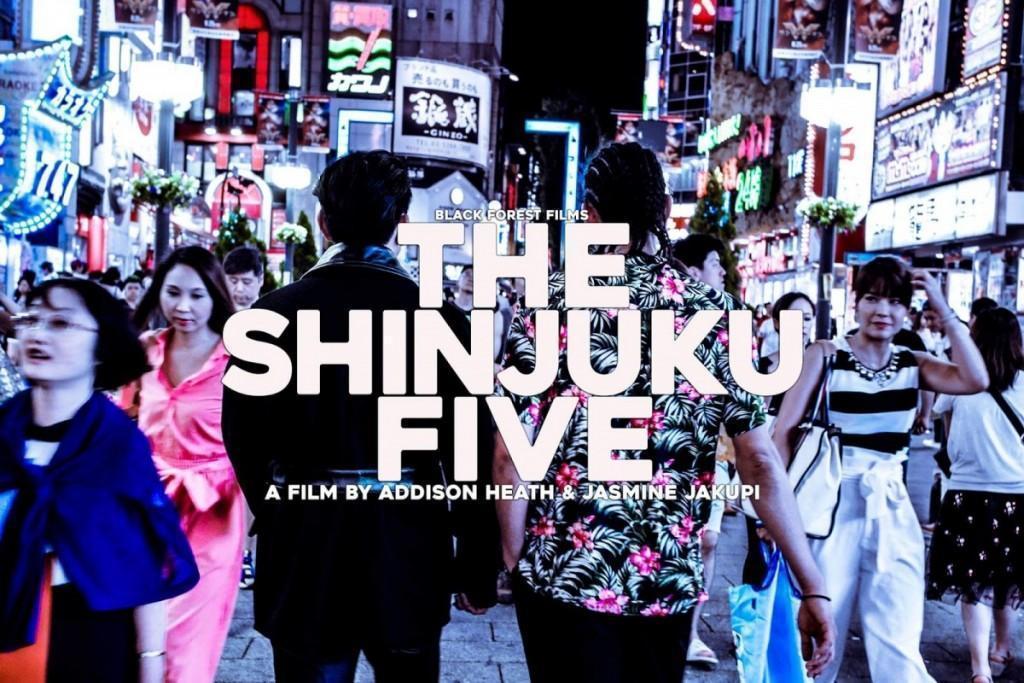 The campaign had already begun last summer to get the word out for Aussie Yakuza action thriller, The Shinjuku Five with several character posters weighing in on the growing cast list. As of late though, a summer start date for production is being hailed for the ambitious Black Forest Films production with directing duo Jasmine Jakupi and writer Addison Heath set to helm.
Don Grove’s coverage on Tuesday over at Inside Film Magazine forwarded the news that details the latest from the filmmaking pair following last year’s horror, The Viper’s Hex and Heath’s own solo outing, Mondo Yakuza. Cast members from both films, actor Yamada Yoji and actress Minami Saya are set to star along with Shimada Kenji who are currently featured in the aforementioned posters as shown at the bottom of the page.

The plot follows Akira Nomura (The Gunslinger) and Yoshi Tsukata (The Chinpira) who are on their way to settle an issue with a rival gang. On another side of town Reika Suzuki (The Angel), daughter of Boss Suzuki and the most dangerous woman in Japan, waits for her star-crossed lover but learns that an all-out Yakuza war has erupted.

Meanwhile Bartley and Cillian Cosgrave (The Irishmen) are exiled from Ireland, hoping to leave a life of crime and tragedy behind, just as Valeriya Oksana (The Domme) buys a gun from a private detective as she prepares to confront a prowler who has been stalking her.

The privately-financed action thriller is being produced by Black Forest Films along with Lucinda Bruce and Dylan Heath. Grove also cites cast additions listing Ozploitation star Roger Ward of Mad Max fame, as well as actors from Heath’s prior films, Cris Cochrane and Tim Jason Wicks. Aliens co-star Ricco Ross and Chopper co-star Robert Rabiah round out the cast which remains in flux as more names are expected to be added.

“After making a dark drama/horror in The Viper’s Hex we wanted to return to the action genre and make something that can be equal parts funny, violent and over-the-top,” Addison Heath tells IF. “Shinjuku is the red-light district so we wanted to make a love letter to the area. We also feel that criminal characters are in our wheelhouse.

“In the spirit of Pulp Fiction, Lock, Stock and Two Smoking Barrels and Takashi Miike’s Dead or Alive trilogy, The Shinjuku Five will be a high octane, blood-thirsty slice of genre cinema.

“Lucinda is a friend of a friend who had previously worked on a few projects that we were familiar with. We thought she would be a huge help to get this project off the ground. She recently spent time in LA to secure financing.”

Distributorship and international sales acquistion remains pending for the title following up The Viper’s Hex in which Minami headlines for its current festival run. Production locations reportedly include Japan and Australia.

Check out the slate of preliminary and character posters below and stay tuned for more info, and read more at Inside Film Magazine.