Bloodlust And Battle Axes Clash In A New Clip From CALL ME KING! 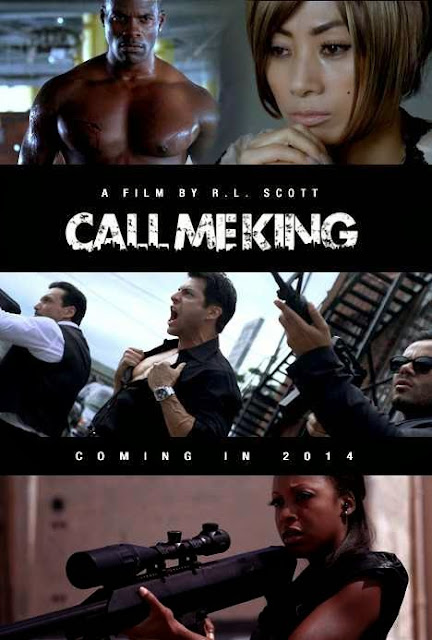 Action cinema auteur R.L. Scott remains to be one of the most busiest and driven filmmakers Film Combat Syndicate has ever written about in the past year. He has his hands in a number of projects, a few of which are well on their way to production and release on some level or another, including the upcoming full throttle action thriller, The Smuggler, and currently developing superhero action vehicle, The Almighty Street Team.

However, one other film that still awaits its release since its first teaser was unveiled last year is Scott’s new action-packed crime opera, Call Me King, which has already launched its official website as of late December 2013. And this week, the director is unveiling a brand new clip which you check out below, featuring actors Amin Joseph and Johnny DeBeer.
Watch the clip and stay tuned for more info as the film nears its soon-to-be-announced release date.
SYNOPSIS:

“Call Me King” is the story of two young heirs, RHYIS (Amin Joseph) and KHALIL (Maurice Whitfield) members of an ousted Haitian dictatorship who immigrate to the United States. Now as adults, the brothers are seeking to right the wrongs perpetrated by their father KNIGHT (Shawn Mixon) by assembling their own four-member crew of gun runners, “THE STRAP SET.”

The team is led by the eldest brother Rhyis. His goal is to earn enough capital and power in America to return to Haiti and reclaim his birth rite. Khalil, the younger brother, handles the lion’s share of sales and distribution to foreign buyers. GRIMM (Sean A. Riggs) handles heavy artillery and deals with local distributors and ZHO (Johnathan McDaniel) is a lethal sharp shooter.

Rhyis answers to only one man… ANGELO COSTA (Chris Mulkey) head of the Italian syndicate. Angelo utilizes “The Strap Set” as his key enforcers. When the rules of the underworld are broken, these four men inflict punishment to the letter. Heavily armed with automatic weapons, lethal fighting skills, and the strategies of war… “The Strap Set” are locked, loaded, and intent on returning victorious to the docks of Port-a-Prince Haiti.

The Bailey Review: NEED FOR SPEED (2014) One Woman Holds The Key To Our Salvation in The New Trailer For OYA: RISE OF THE ORISHA