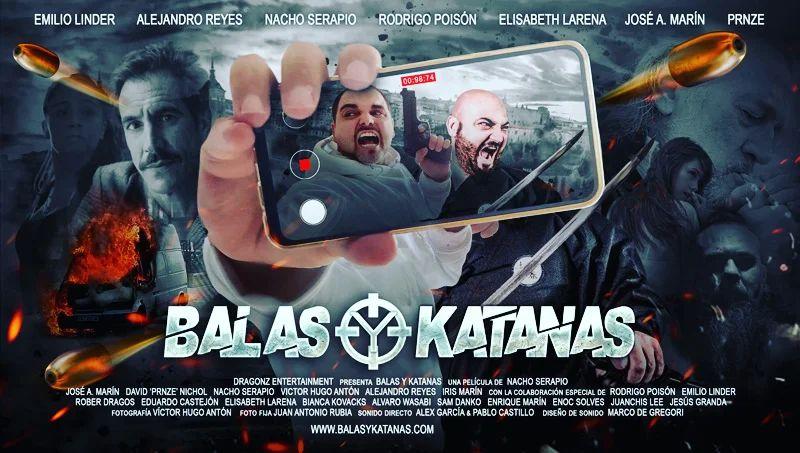 Martial arts cinema is almost a non-existent genre in Spanish film industry, however, in recent years and especially after the release of Daniel Benmayor´s hit feature “Xtreme“, making martial arts cinema in Spain seems a reallity a bit closer to those who dream on someday make it true. Nonetheless, making films is the art of shaping dreams, and to be able to build such an impossible dream of making a movie, a bunch of madmen are needed. Madmen ready to take risks, unsheathing sharping katanas to slash their fears, carrying their guns loaded with bullets of confidence in a vision, that must be shot into the audience´s heart.

This Bullets and Katanas, is a raised project by Nacho Serapio (CEO & Founder at Dragonz, Martial Artist, Actor, stuntman, and star and director of the film ) with the help and assistance of his collaborators José Marín and Víctor Hugo Antón, sidekicks and stars alongside Nacho of this crazy ride through the outskirts of Madrid, presenting a simple premise that becomes the perfect excuse to filled the screen during around some 90 minutes of rumbling violence, fists, kicks, throws, splashing blood, big doses of comedy, multiple references to action and martial arts cinema and of course a generous number of bullets flying across the screen and katanas out of control driven by anger.

During a live streaming on youtube of Nacho Serapio´s Martial Arts podcast, “The Warrior Within (El guerrero Interior)”, sensei Marin, finds out that his daughter has been kidnapped by a ruthless gang. Blinded by rage, armed with his sharped katana and driven by his love of father (Cause there´s nothing more dangerous than an angry dad), and with the help of his friends, Nacho, Victor Hugo and his nephew Pablito, they start a rugged rescue broadcasted through youtube, where these ordinary fellas accidentally become in action movie stars for a day… 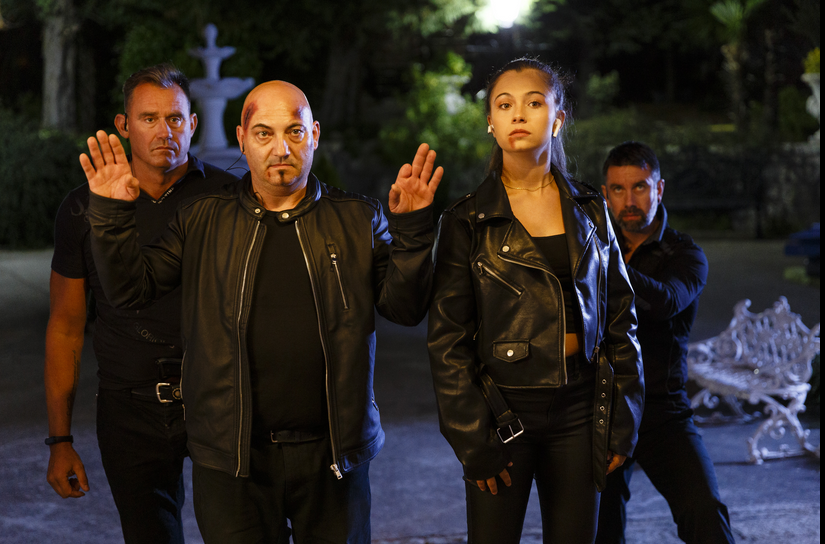 The result is an action comedy clearly divided in two segments. On its first part, Nacho opted to give it a more amateurish look, starting with a long one-shot sequence that follows the protagonists in their adventure as if were a youtube live broadcasting, luring the audience to become part of their wild bunch. The good chemistry between them, and the perfect combination between action and comedy, delivers an amusing entertainment, That leads to a second part, where the format changes to a more conventional film style. That´s where the real fun begins, getting loose on the action, its ireverent sense of humor, and the references to action cinema looking for the complicity of the spectator, even including the participation of a good bunch of stuntmen and the hilarious cameos of two Spanish MMA fighters. I´ll let the MMA fans to find out by themselves who they are.

Despite its limited budget and the lack of experience as an actors of some of its performers, the film knows how to make up for its shortcomings by not taking itself too seriously, imbuing a lot of sense of humor (The world needs more laughing) and offering a handful of fight scenes that seeks realism without resorting to artifice, all perfectly coordinated with the sole intention of entertaining and conveying to the audience all the fun that the responsibles of the project had making the film.

In recent days, Bullets and Katanas had a private premiere on the city of Madrid, in a screening to test the audience reaction which seemed to be positive. At the moment, the film is searching for distribution, hopefully, for a succesful commercial run. 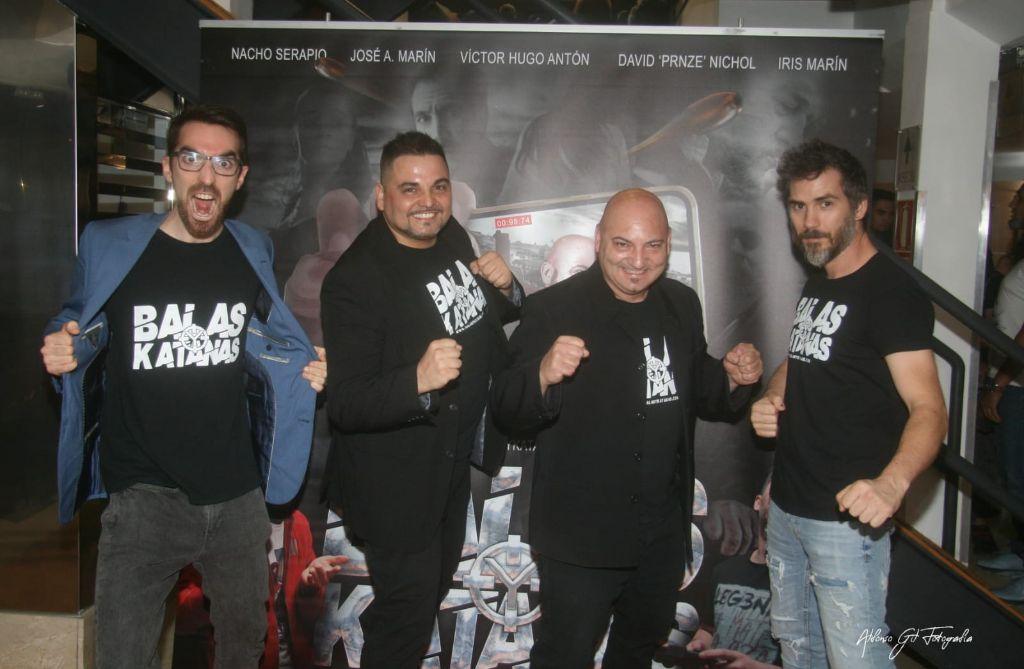