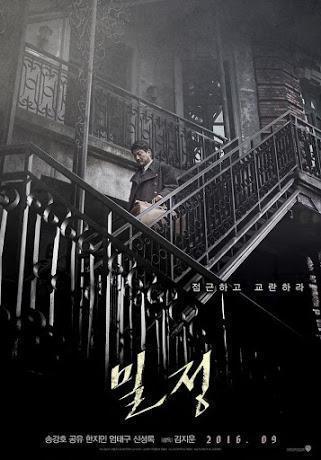 I Saw The Devil and The Last Stand helmer Kim Jee-Woon has returned with a thrilling new period pic, The Age Of Shadows, which now has a first trailer circulating online. You can expect this one to make the festival rounds while a date is currently pending for Warner Bros.’s premiere Korean this September release of the film, and with actors Song Kang-Ho and Gong Yoo leading the cast.
SYNOPSIS:

Set in the late 1920s, The Age of Shadows follows the cat-and-mouse game that unfolds between a group of resistance fighters led by Gong’s character, trying to bring in explosives from Shanghai to destroy key Japanese facilities in Seoul, and Japanese agents trying to stop them. Song plays a talented Korean-born Japanese police officer who was previously in the independence movement himself and is thrown into a dilemma between the demands of his reality and the instinct to support a greater cause.

A first trailer is currently circulating online and is already being well-received by viewers, but check it out below and tell us what you think!

Anarchy Ensues In The New Trailer For DEATH NOTE: LIGHT Up The NEW World THE HURT BUSINESS Takes On The World Of MMA In The New Documentary Trailer