COLOMBIANA 2 Is In Development At EuropaCorp 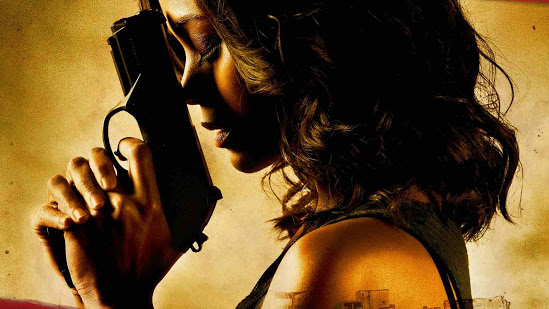 One other takeaway from EuropaCorp’s CineEurope2015  presentation this week is one that definitely may have been longawaited for moviegoers fond of actress Zoe Saldana. By 2011 she had already claimed the female lead in J.J. Abrams’s rebooted Star Trek film in 2009 with a career big enough to give her a solo spotlight in future titles, namely director Olivier Megaton’s assassin thriller, Colombiana.

Tackling the hitwoman genre, the film was written by Besson with co-scribe Robert Mark Kamen with a story that puts Saldana at the center of a professional killer’s tale of love, mystery, espionage and danger as her career brings her closer to avenging the death of her parents at the hands of a Bogota crime boss. The did commercially well though not enough to be a notable success, and it ultimately drew ire of critics aplenty while taking nothing away (if not very little) from Saldana’s status as a rising star in her own right. She’s since gone on to stake her claim in Star Trek: Into Darkness and its upcoming third installment next year, in addition to Marvel’s multiphase superhero franchise with James Gunn’s Guardians Of The Galaxy and its upcoming sequel and James Cameron’s Avatar saga until 2019, among others.
Clearly, it’s easy to see why EuropaCorp is eager to see to help make Colombiana 2 work as per its latest announcement at the expo, and hopefully the right director will aid these efforts in doing so.
Stay tuned for more info!
H/T: Indiewire

MONK COMES DOWN THE MOUNTAIN And Kicks Ass In A New International Trailer! Terminator Contest: Win Your Own T-800 Model From Sideshow And ThinkGeek!