Coralie Fargeat’s REVENGE Takes The Haters To Task In A New Promo! 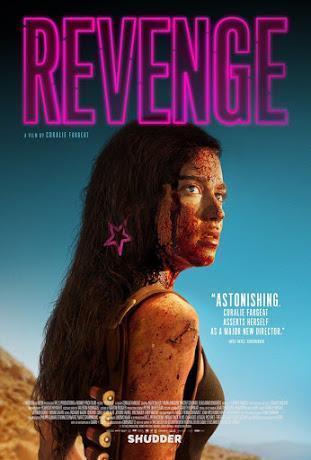 Coralie Fargeat’s directorial debut, Revenge, comes at a pretty auspicious time. Calls for gender parity and the end of corporate abuse and sexual assault have all but encompassed many a conversation in entertainment in the past few years, and rightfully so given the reception of Fraget’s new film, for example.

Needless to say, as women and all supporters of progress fight back, the same goes for Revenge which centers it’s pulsating, gritty and brutal narrative on one woman’s fight for survival when a secret getaway with her lover sees her cornered by his rapey friends who leave her for dead. And for this, what better way to get even with assholes on the internet than with a new promo putting a spotlight focus on the very toxicity that posits movements like #MeToo on higher ground.

KUNG FURY 2: THE MOVIE Adds Eiza Gonzalez CHINA SALESMAN: Tyson And Seagal Take Their Brawl To The States On June 15!