DEAD ON ARRIVAL: Catch The Trailer For The New Race-Against-Time Mystery Suspense Thriller 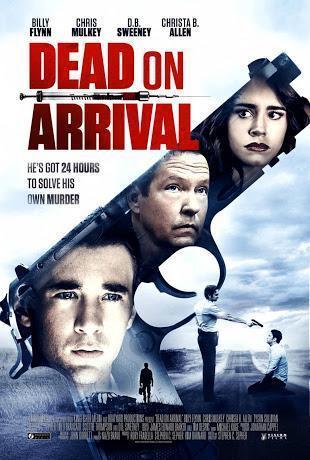 Dead on Arrival follows pharmaceutical sales rep Sam (Billy Lynn) as he visits a small town in Louisiana to close the business deal of a lifetime. Dead on Arrival is inspired by the 1950’s classic noir thriller D.O.A. starring Edmond O’Brien and features a special guest appearance from his daughter Maria O’Brien.

Sam finds himself in a dark world of corruption and murder when he is poisoned with no antidote to save his life. Desperate for answers, with only 24 hours to live, Sam turns to local girl Jesse (Christa B. Allen). On the run, caught in a deadly vertigo with no one to trust, Sam and Jesse find themselves running from police detectives, the mob and a dirty sheriff who wants them dead.

It was edited by Michael Kuge, with original music by James Edward Barker and Tim Despic, and cinematography by John Garrett.

“I am truly honored by the great reception Dead on Arrival has received from festival critics. It means a lot to me and all the cast and crew.” says Sepher.

Managing Director / CEO of Vision Films Lise Romanoff says: “Stephen Sepher’s clever direction and Billy Flynn’s dynamic performance draws you in making you wonder what you would do if you were murdered with only 24 hours to live, a fascinating macabre predicament to be in.”

The film’s March 23 rollout in New York and Los Angeles will also continue with a nationwide DVD and VOD release on April 2 from Vision Films and Sony Pictures Home Entertainment.
Check out the trailer!

BATTLE DRONE: Watch The Trailer For The Sci-Fi Action Hit That Just Dropped On Netflix THE HIT LIST: March 5, 2018