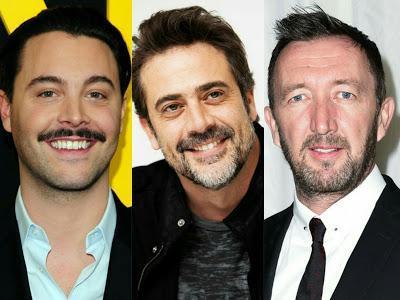 XYZ Films is leading the charge this week at the EFM for their line-up, including Militia which is set to film later this year. The film takes its cues from Henry Dunham’s 2015 Black List script which has been described as an intense, violent and suspenseful character study in the vein of Heat, The Usual Suspects and Glengarry Glen Ross.

Casting Jack Huston starring as “Gannon”, Jeffrey Dean Morgan as “Olsen” and Ralph Ineson in the role of “Morris”, the film tells of the aftermath of a police funeral shooting wherein a reclusive ex-cop and a militia man nab a suspected gunman and try to interrogate and press him for the truth before copycat attacks spark a nationwide war. The film will mark Dunham’s feature debut following the 2014 sci-fi short, The Awareness.
Dunham via Deadline:

He says “I wrote Militia years ago, before current events in society echoed the scenario dramatized. This story is about a man struggling to know whether he’s strong enough to be alone, or if he needs to be a part of something, even if it’s what’s hurting him. At its heart, Militia is a story about connection and I am honored that Jack Huston and Jeffrey Dean Morgan have signed on for this journey.”

Dallas Sonnier will produce the film for Cinestate whose Will Evans will executive produce with XYZ Films.