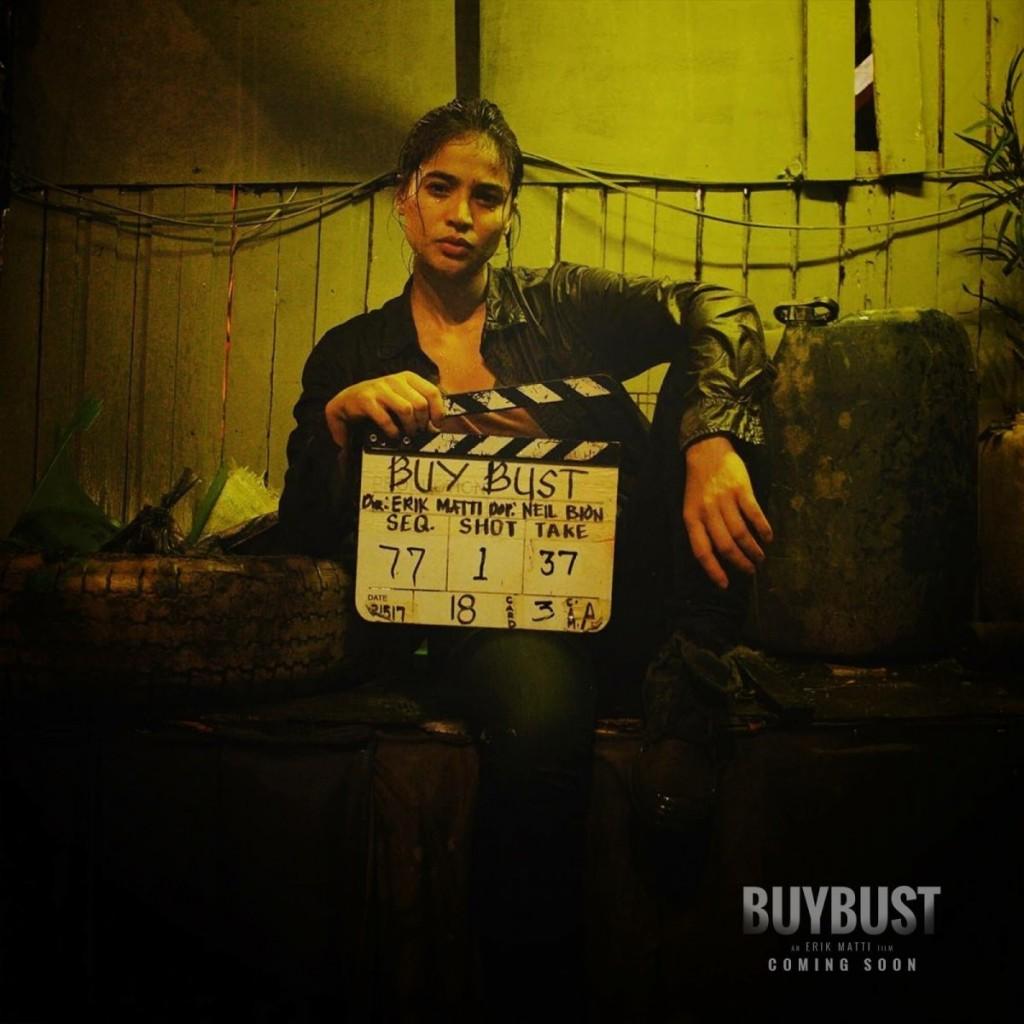 Well Go USA continues to prove itself to be a Mecca for genre speciality in Asian cinema for North America. The latest in point hails from breaking news from The Hollywood Reporter with word on the distributor’s acquisition of Erik Matti’s BuyBust, which opens theatrically in the Philippines pending a new release date to be announced.
The On The Job and Honor Thy Father helmer directs from his own story scripted by Anton Santamaria in which Australian actress Anne Curtis plays the rookie member of an elite anti-drug narc squad forced to fight its way out of Manila’s most dangerous slum following a poorly-planned buy-bust. The film also stars MMA champion Brandon Vera, with Joross Gamboa, Mara Lopez, Nonie Buencamino, AJ Muhlach and Victor Neri rounding out the cast with stuntman and fight choreographer Sonny Sison (Broken Path, Nilalang) designating the brutal fight scenery, partly sampled in a proof-of-concept action sequence featuring Curtis last month.
Matti’s 19th feature film to date, the gritty, stylish new crime thriller being hailed as an ambitious return to form for the action genre in Filipino cinema. Matti spoke of said ambition in a lengthy Facebook post last November, expressing the challenges the production faced in the two years since BuyBust began the arduous task of taking shape throughout all phases of development, pre-production and filming.
“…Being a filmmaker in a Third World country, I know what it means to be ambitious and not pull it off.” he says, in part. “I’ve had countless experiences on that in my other films. But I was determined to execute what I imagined BuyBust should be…”
Dylan Marchetti was on hand at Berlin for Well Go USA amid this year’s roaring EFM to negotiate with Nate Bolotin whose XYZ Films represents the film internationally.
“Erik Matti is always top of class when it comes to Filipino genre films, but with Buybust, he has truly outdone himself,” said Marchetti. “If you lose your mind for an amazing action film, the last hour of Buybust is going to blow your head clean off.”
BuyBust will submit a limited theatrical rollout later this year followed by subsequent digital and disc releases thereafter. Well Go USA is also poised to release Wilson Yip’s S.P.L. franchise add, Paradox, on DVD and Blu-Ray this May.

BUYBUST locks in an INTERNATIONAL RELEASE!

SNOWFLAKE Trailer: Crime Comedy With A Touch Of Fisticuffs And The Crazy Indie Action PRIME!