Everyone Fights For Something In The New Trailer For READY ACTION! VIOLENCE MOVIES 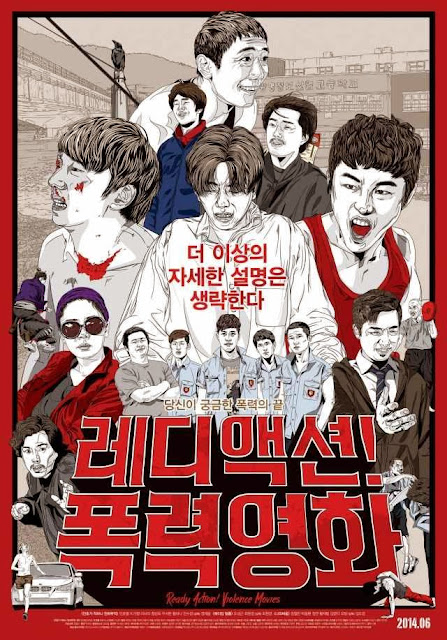 There’s a lot happening here in this trailer – a film that appears to package what looks like three stories either divided or interwoven into one film, each written to lend some curiosity behind the obscure profanity and view of knives amidst some of the small bits of dark comedy, action and mild tension. It could all mean something much more – either that, or I’m simply overthinking it, but whatever the case is, the film is titled Ready Action! Violence Movies, an anthology film collectively directed by Jung Jae-woong, Choe Won-kyung and Kim Do-kyoung with actors Min Ho-yeol, Lee Ka-young and Oh Sung-guen as the main players.

●”Why did you do that to me?” – Min-ho is lost and searching for his way back to Seoul in an isolated village when he gets beat up by a bunch of gangs and a couple. He fights back nicely…

●”Hey ****er, untie me!” – In a run-down room, a man is tied from head to toe with a rope and another man wearing a mask. While they swear and yell at each other, the man in the mask can’t control the anger he’s been pressing down…

3. BITTER (My fight) by Kim Do-kyoung

●”The winner is the strongest” – In an isolated neighborhood back alley, Do-kyeong declares a fight with a neighborhood fighter and a gangster to prove that he is strong…