EVERYTHING ‘MANDALORIAN’: Part Two – A Look Back On Season Two, And The Future Of The Series

In continuation from last week’s piece, Film Combat Syndicate contributing writer Cathy Kramer LaFrance shares her overview of both seasons of The Mandalorian, which wrapped its second season releases earlier this month. It does contain spoilers, so consider yourselves warned, and the same goes for Everything Mandalorian: Part One which you can read here.

Season 2 is where we see so many people we know!

After a false start, Mando and the child get rescued by a team of Mandalorians, including Bo-Katan Kryze and Koska Reeves. Mando is intrigued by their seeming cavalier ways, including their preference to remove their helmets when not in battle. Bo-Katan tries persuading Mando to join her team, even explaining that his strict adherence to his helmet protocol is from an extremist Mandalorian sect. Not easily swayed, Mando declines, but Bo-Katan directs him to the planet Corvus to find a Jedi she knows — none other than Ahsoka Tano.

It takes a few side trips and adventures to get to Corvus, where Mando is immediately tasked to find and kill Ahsoka. Playing both sides, Mando eventually gets Ahsoka to trust him and meet the child, whom she finds is actually called Grogu. Ahsoka declines to train little Grogu, citing his connection and relationship with Mando. She advises them to travel to an old Jedi temple on Tython to attempt contact with other Jedi, perhaps someone stronger than she.

Once on Tython, little Grogu manages to send a force message, but Mando realizes they’ve been tracked by the Empire — and Boba Fett! Mando eventually convinces Boba Fett to join forces against the attacking stormtroopers, providing an impressive fight that culminates in the destruction of Mando’s ship. While Mando, Boba Fett, and Fennic Shand are fighting off stormtroopers, two of Moff Gideon’s Darktroopers kidnap an exhausted Grogu, taking him back to the light cruiser. Mando calls in all his allies to plan an attack on Gideon, which brings us to the finale of Season 2…

Even before beginning the episode, you knew some sort of rescue was at hand, simply from the title. But how successful would it be? Mando had already warned Moff Gideon he was coming for Grogu, although Gideon seemed unphased — and unprepared — by the threat.

After kidnapping Dr. Pershing (whom we met in Season 1’s attempt to use Grogu in some sort of cloning experiment) and gaining valuable information about Gideon’s ship and the Dark Troopers (omg! They’re droids!!), Mando, Boba Fett, Fennic Shand, and Cara Dune, accompanied by Bo-Katan and Kosta Reeves, board Gideon’s light cruiser and prepare to rescue Grogu.

The rescue, of course, comes with a price. Bo-Katan is mainly interested in obtaining Gideon’s mythic Darksaber, a Mandalorian weapon of power, at any cost. The Darksaber is also key to returning someone of Mandalore to the throne, provided they win it in battle. Cara Dune, on the other hand, wants Gideon to be taken prisoner alive, as he would be a trove of information for the Republic. Mando has no interest in any of this, and merely agrees so that he can rescue little Grogu.

Of course, nothing goes as planned, but Mando and his crew always make the best of any situation into which they’re thrown. The four-person (and all female) brigade of Bo-Katan, Reeves, Fennic, and Cara Dune kick some serious Stormtrooper ass, which is always a pleasure. After a tense battle with a Darktrooper, Mando ends up facing Gideon alone, with several impressive fight scenes clearly demonstrating the strength of beskar armor.

Mando does indeed best Gideon, and brings him, Grogu, and the Darksaber to the bridge, where the four fighters are waiting. Gideon does his best to get under their skin, and almost gets rescued by the Darktroopers who have jetpacked back to the light cruiser.

Mando had his hands full with one Darktrooper — there is no way that he and his crew can handle a platoon, as Gideon gleefully points out. But in true Star Wars fashion, someone always comes to the rescue. A lone x-wing fighter lands, with a single individual exiting the craft. (OK, I have a 13-year-old Star Wars fanatic. He knew instantly who was piloting that fighter.)

Luke frickin’ Skywalker. Luke shows up, having been summoned when Grogu sent a signal from the Jedi Temple on Tython. He handily dispatches the Darktroopers with his lightsaber and heads toward the bridge. The Mandalorian crew is wary, naturally, but Mando realizes Grogu knows who this is — he knows this is the person to whom Grogu reached out.

Luke Skywalker (Mark Hamill! With some sketchy CGI…) comes to take Grogu for further instruction in Jedi training. In a touching sequence, Luke informs Mando that Grogu won’t come with him until Mando gives him permission. Mando once again removes his helmet so he and Grogu can see each other face to face as they say goodbye. The iconic cameo from Skywalker is temporarily eclipsed by the arrival of R2D2, who seems to convince Grogu to come with them. With outstretched arms to Skywalker, Grogu takes his leave…for now.

Will we see Grogu next season? Ever?

What will happen to Moff Gideon?
What will Bo-Katan do, now that Mando has the right to the throne of Mandalore, since he bested Moff Gideon in battle for it?

And for the love of Pete, did you watch past the credits? Lucasfilm seems to have taken a page from Marvel films. Normally, we see artwork and prototypes for the episode. This time, the credits were black. And then….we see the familiar landscape of Tatooine.

Fennic Shand and Boba Fett return to the double-sunned planet, causing a bit of a stir. The scene fades to black once again, only to reveal a caption:

THE BOOK OF BOBA FETT 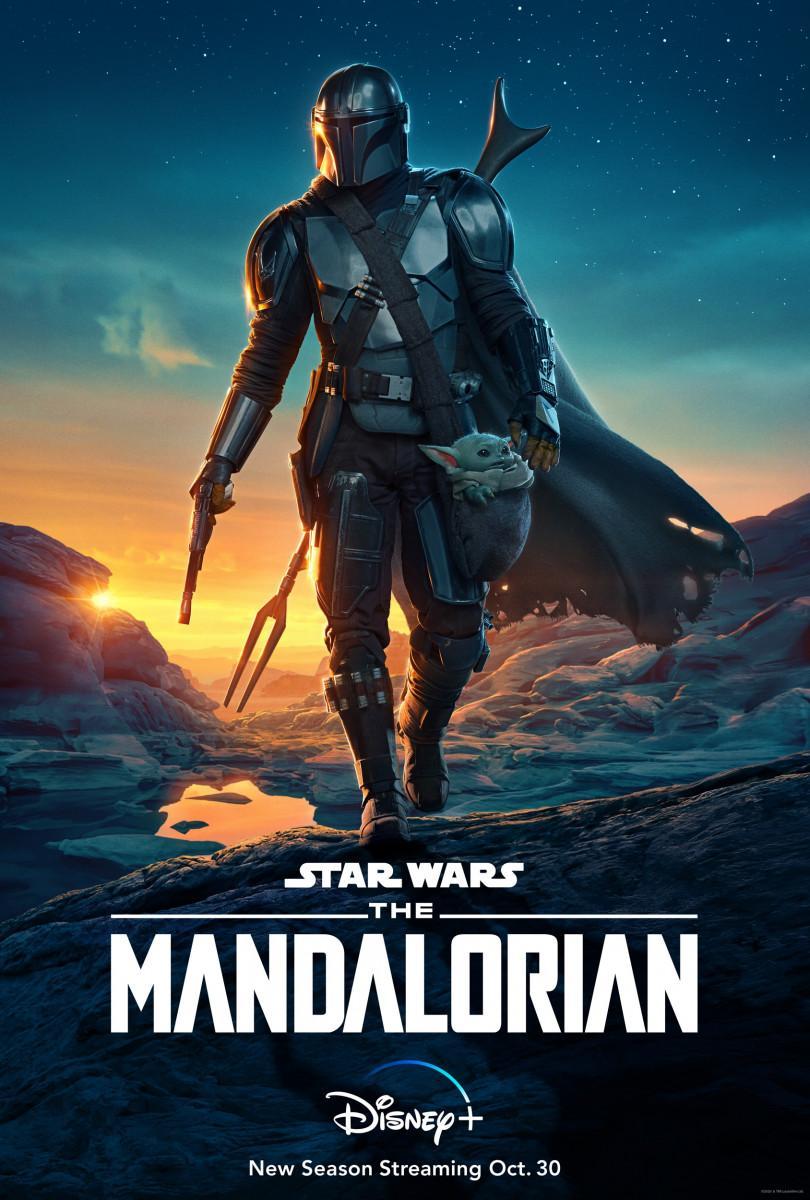 2021 is going to be a good year on a number of levels, but we’ll hope to see Season 3 of The Mandalorian and an only-dreamed-of series with Boba Fett himself, among other projects.

Both seasons of The Mandalorian, plus all Star Wars movies, are streaming on Disney+.

Other Star Wars stand-alone series and films in the works include the following, along with the aforementioned BF spin-off: 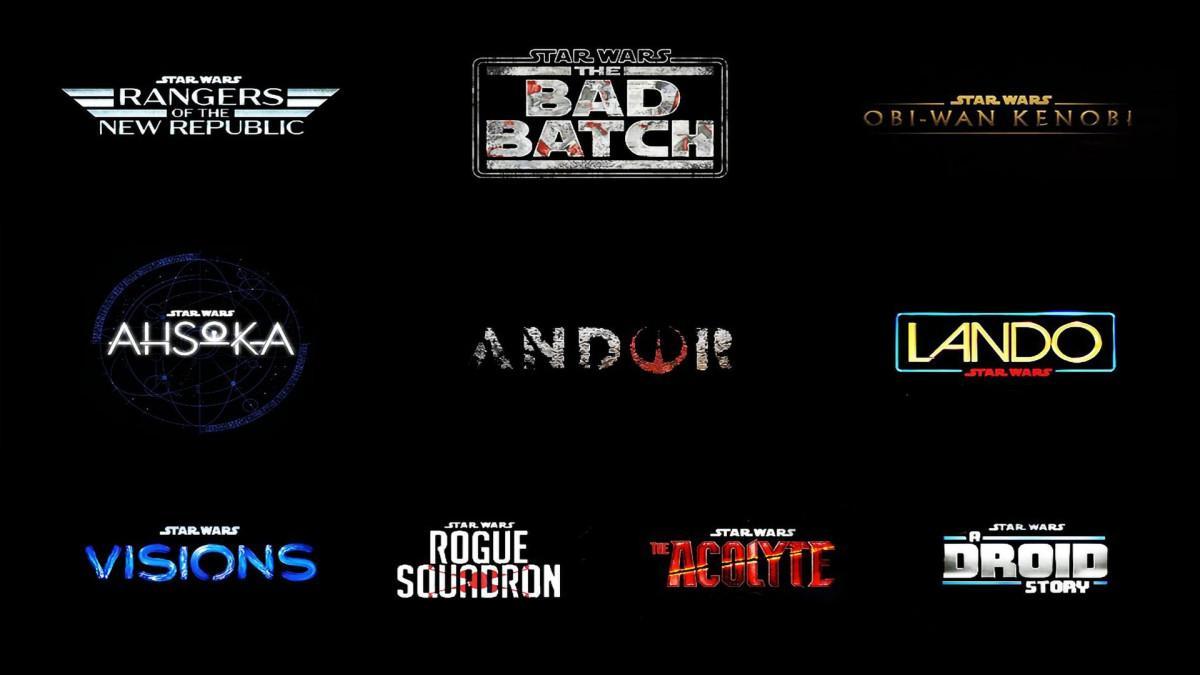