[UPDATED] EXCLUSIVE: Tony Jaa And Wu Jing Trade Blows In A New Set Photo From S.P.L. 2: A TIME FOR CONSEQUENCES

Lee Jung-Jae And Jung Woo-Sung Are On The HUNT In The Official U.S. Trailer!

DEADPOOL 3 Claws Back In With Hugh Jackman As Wolverine

[UPDATED] EXCLUSIVE: Tony Jaa And Wu Jing Trade Blows In A New Set Photo From S.P.L. 2: A TIME FOR CONSEQUENCES

International action hero Tony Jaa is currently finished filming his role in his forthcoming Hollywood debut with director James Wan in Fast And Furious 7, and is back overseas to complete work on his upcoming role in director Soi Cheang‘s new film, SPL 2: A Time For Consequences. The film is just one of a handful of projects that are currently brewing for the Thai actor who has been reinventing himself through his official Facebook page, connecting with fans and showcasing his improvements in English, a sign of great prospects to come as he expands his horizons as one of the most prominent action stars of today. To say the least, I suspect some surprises may be on the way.
That said, Film Combat Syndicate is proud to introduce an exclusive official HQ set photo with Jaa and fellow action superstar Wu Jing from the set of the film which you can check out below (click for larger viewing)

Sun Entertainment Culture Ltd. is producing the thematic sequel to the 2005 hit film, SPL (a.k.a. Kill Zone) which now sees Jaa in the role of Chai, a Thai prison guard who sets out on an epic mission to help his dying daughter’s only match for a bone marrow transplant, a determined Hong Kong detective named Kit, take down a nearly untouchable crimeboss. The film is written by Champions: A Love Story scribe Jill Leung, with fight choreography by Dion Lam (Doom, The Storm Riders), and actors Simon Yam, Max Zhang and special guest star Louis Koo rounding out the currently-named official cast.

Hong Kong distributor Bravos will be releasing the film in 2015 with further release news pending. In the meantime, foll Jaa‘s cinematic adventures through his official Facebook page, with more news to come!

UPDATE (7.9.14): Jaa has unveiled a second set pic from the upcoming film which you can view below (click for larger viewing): 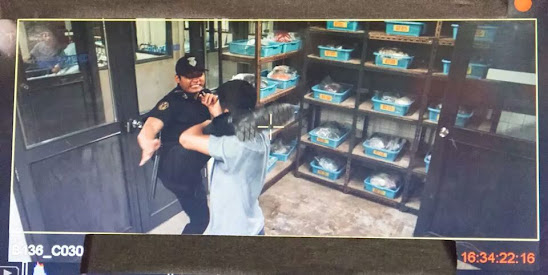