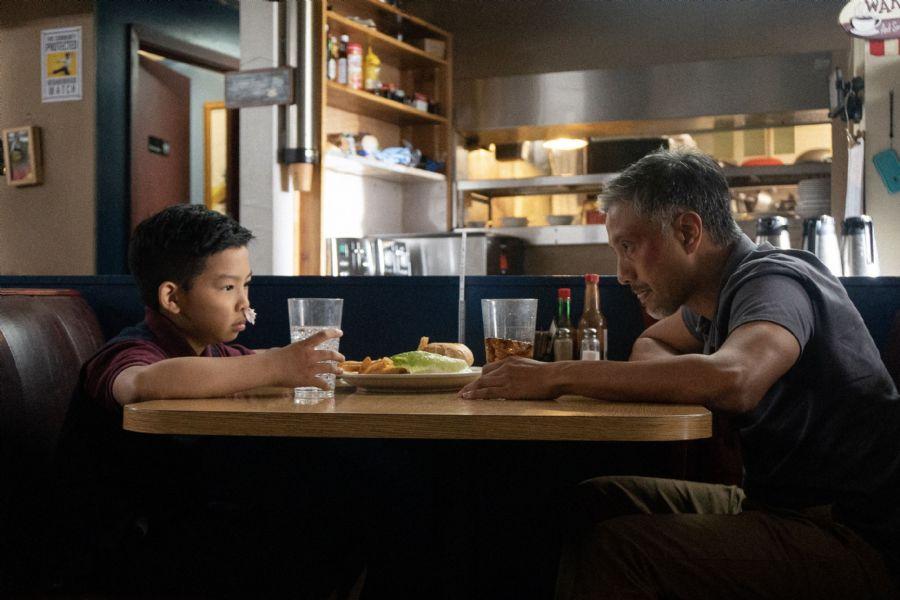 If you’re a fan of martial arts cinema and have kept up with the burgeoning waves of online talent since 2000, you’ve likely had your eye on filmmaker Bao Tran given his output through his POV-films banner. By 2008, the move to etch his place in independent film history a time or two, including with the wunderkinds of Zero Gravity for noir-tinged action drama short, Bookie, would only be the fortuitous start of Tran’s journey of resolute creativity through community.

For this, it’s been nine years since Tran began development, and six since setting it all in motion with his 2015 proof-of-concept, The Challenger, eventually taking his hustle to the Frontières pitch floor with a rich concept and a bold statement to the industry and the world that now culminates his ambitious feature film debut, The Paper Tigers. Directing from his own script and adherent to a bona fide cast suited for a martial arts drama, Tran helms in service to a story that highlights a generational coming-of-age tale of youth, hardship, and the role self-defense plays in defining what it means to honor, and to be honorable.

The film moves quick to its ominous intro before introducing our Sifu Cheung (Roger Yuan), and his trio of young disciples, Danny (Kieran Tamondong/Yoshi Sudarso), Jim (Malakai James/Gui Da Silva-Greene) and Hing (Bryan Kinder/Peter Sudarso). Following a brisk montage of their bustling teen years ruling the streets, dojos and kwoons as the titular ‘Tigers’, the story takes off after a thirty-year period in which we meet Danny (Alain Uy), a deadbeat dad who works insurance and can’t seem to avoid the unabaiting pattern of screwing up with ex-wife, Caryn (Jae Suh Park) despite his best efforts to connect with their son, Ed (Joziah Lagonoy).

Hours into the evening with Ed in the backseat, a lively reunion between Danny and the now stout, wonky-kneed Hing (Ron Yuan) finds the two ruminating about their lives and current situations. Their tête-à-tête eventually sees Hing informing Danny of their Sifu’s death – seemingly by heart attack – and the two arrive to the funeral where they are no sooner back in the same space with Danny’s former martial arts rival, Carter (Matthew Page), with his Sifu, Master Wong (Raymond Ma) also in attendance.

Further driving the tension in the room upward, the funeral is suddenly crashed by a trio of fame-hungry martial arts “Punks” (Phillip Dang, Andy Le, Brian Le), who’ve stopped by for a photo op at the late Sifu’s altar and then leaving. That the cause of Sifu’s death was anything close to natural only adds to Hing’s lingering suspicion with the Punks, after consulting with Carter and Sifu Wong, and the two finally patch up with fellow ‘Tiger’, Jim (Mykel Shannon Jenkins), who is still physically fit, but has completely fallen off of his kung fu now that he’s a grappling instructor at the local MMA gym.

Though far from their prime, the ‘Tigers’ are undaunted by their shortfalls, following the martial code of Beimo as they confront the Punks to learn the elusive truth about Sifu Cheung’s death. It’s a small stretch of progress for the Tigers, but not without the essential effort of mitigating past grudges, unraveling mysteries left from decades of unanswered questions, and the surfacing regrets Danny, Hing and Jim must face as their inquiry brings them just a little closer to their Sifu’s killer… Maybe too close.

Tran’s initiative with The Paper Tigers is nothing short of exemplary at this juncture. In the face of an industry hampered by toxic male patriarchy and a culture of racism and entitlement that still corrupts the business to this day, Tran sets a precedent that stipulates there’s no excuse for any of it – a clever and subtle reminder that at the end of the day, it’s all about the movies, and treating people with fairness and respect. And he instills this through his best weapon of all: his craft.

It certainly helps that he echoes these tenets in The Paper Tigers, with a subliminal focus on Danny, a pacifist who’s laid his kung fu to rest over the years and is less eager to fight than, say, Hing and Jim, much to their chagrin. As the cynosure of the group, it falls on Danny to lead by example, a testament to his character that no less extends to his role as a father to Ed, particularly when questioned about his kung fu training, and the unwritten rules of the road about fighting, as opposed to restraint. There’s ample character moments in here which often put Danny in the hot seat, and it also makes for an enticing setup to the evolution we witness between Danny, Jim and Hing, and the fluctuating moments of dramatic upheaval and mutual levity they all share.

Some of that comedy gets a major boost with the constant back-and-forth between themselves and Page’s portrayal of Carter, a man albeit enlightened for the sake of his principles, but not so far above himself that he doesn’t indulge in the Tigers’ pain and suffering, especially if he gets to dish out some of it in the process, along with a Chinese proverb or two (at a time). Things only get real serious when the plot moves forward as the Tigers continue to learn more about their suspect, or when they’re faced with each other’s scrutiny.

Alain Uy is more prominently known for his television work, which undoubtedly makes his lead casting in a martial arts movie a first for fans watching him in the pivotal role of Danny. With actor Yoshi Sudarso as Danny’s teenage incarnation, Uy’s comparatively unassuming build lends pure credence to his ability to carry the role in all its dimensions right down to the final fight scene, and it’s nothing short of admirable.

The same goes for Birth Of The Dragon and Mulan actor Ron Yuan whose thirty year presence in entertainment from bit roles to bad guys and supporting characters (and directing) takes a long-awaited and gradual, and impressive turn to principle casting in which he finally gets to exhibit more of his acting range. To boot, the casting of Mykel Shannon Jenkins is a plus for fans who’ve waited to see him in another martial arts film after watching him go toe-to-toe with Scott Adkins eleven years earlier in Undisputed: Redemption.

Vital to the film’s fight scene fan service is Unlucky Stars actor Ken Quitugua who plays a key character in the film, in addition to serving as action director. There isn’t much that can be said without giving away the goods, but if you’ve followed Quitigua over the years since his nascency with trailblazing stunt and indie action team, Zero Gravity, chances are you can appreciate the level of vigor and aptitude he exudes on screen as a martial arts-capable actor, and professional screenfighter. Sharing the talent pool with co-stars Phillip Dang, and Martial Club’s own Andy Le and Brian Le, and with Mark Poletti as the teen version of Carter, gives Quitugua an excellent edge to stretch his fight choreographer muscles, which makes having Quitugua around the more rewarding, so make no mistake: with Quitugua, you’re looking at one of the best of the best.

Making a feature-length martial arts movie is no easy feat. The genre is no longer the mainstream spectacle it used to be, unless it retains a spotlight in a larger IP, and so for Tran to be able to galvanize enough support to create, develop and craft the kind of authentic and original martial arts movie he wanted to make, in no uncertain terms, would still only be an idea that “would have been” or “could have been” were it not for his tenacity and temerity as a filmmaker, and an artist with a message. It is as he’s stated to his cast and crew, and donors years ago as he worked tirelessly to pitch and sell his concept to the landscape, and accrue the funds he needed to make The Paper Tigers a martial arts movie reality: “It takes a village.”

Audiences will have all of 107 minutes to indulge in what Tran brings to the table, served with a visionary comedy drama that brims with stylish, storied action in all its substance, and topped off with a delightful cameo by Yuji Okumoto who also serves as main producer. Tran’s script pushes the envelope a bit in certain areas of the writing where character development and poignant storytelling eventually brings things full circle. At the end of the day though, you still end up with a fine debut from Tran in The Paper Tigers, easily an endearing martial arts comedy drama filled with heart, soul and a fistful of brio.