Stuntman and freshman director David Newton is turning heads these days within the festival circuit. Four events in with his debut actioner, Amber, Newton has already swept up several awards and matters of recognition after premiering at Raindance in the U.K. last year.
Subsequent events have since extended to Los Angeles and New York, with Oniros in Italy reaping Bests in Fight Choreography, Director, Producer, Original Soundtrack and more. Lack of an actual release date sort of dampens the hype but that the film exists and has the reception its been getting makes it all the more worthwhile to keep fingers crossed.
Actor Jack Jagodka makes his feature debut in leading man fashion starring as a former hitman forced to take up arms in order to save his daughter. His shilhouette now stands in full view for the latest poster which you can view below! 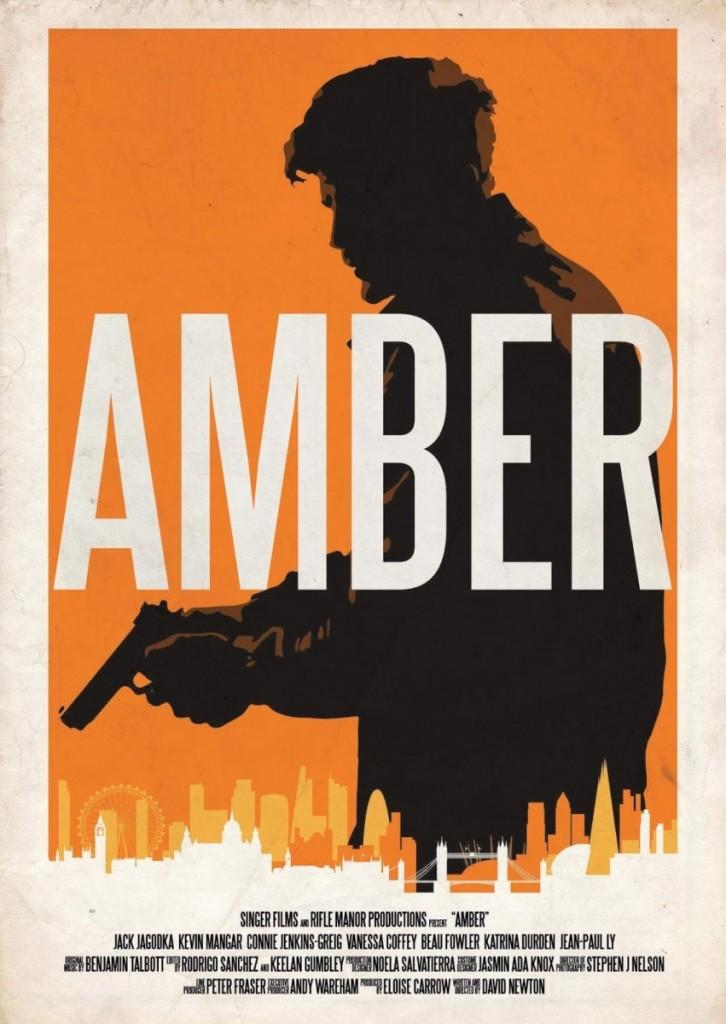