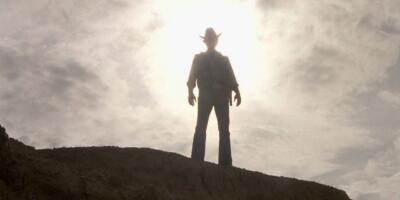 “…Series characters always have one archetypal scene. With Eastwood, it was the time he killed three men with one bullet. Lone Wolf McQuade has a classic. He’s shot. They think he’s dead. They bury him in his supercharged, customized pickup truck. He comes to. Pours a beer over his head. Floors the accelerator, and drives that mother right out of the grave. You get the idea.”

Legendary renegade Texas Ranger J.J. McQuade is fierce with his gun – but lethal with his black belt! When his teenage daughter’s life is threatened by hijackers attempting to steal a truck full of weapons and ammunition, the job becomes personal for McQuade. Uncovering a colossal arms-struggling outfit that is selling guns and ammo to terrorists all over the world, McQuade come face to face with its kingpin, Rawley Wilkes a world-renowned martial arts expert who has never lost a battle! Does the Ranger have what it takes to save his daughter and his honor – or has he finally met his match, and ultimately his demise?

Chuck Norris turned 73 on Sunday, March 10, 2013. Of those 73 years, he carries well over four decades as mostly a TV/film actor, martial arts stunt performer, fight choreographer, producer, executive producer and writer. It also helps that he is a former USAF Air Policeman and a lifetime award-winning martial artist and teacher, having studied several martial arts styles, including Tang Soo Do and Tae Kwon Do.

Throughout his career, I have only been able to see a little over a third of the films he has done. I have about 3 or 4 favorites, and one of those is a favorite of mine, and it just so happens to be Lonewolf McQuade which also stars David Carradine, Barbara Carrera, Leon Isaac Kennedy, Robert Beltran, L.Q. Jones and Dana Kimmel. Director/co-producer Steve Carver and writers H. Kaye Dyal and B.J. Nelson an co-producer/action director Aaron Norris helped put together a great variety of filmic grit, romance, violence and cheesy spaghetti western themes that blend very well with the film’s designated genre as an action film, and martial arts as the ultimate vehicle that makes this movie such an early and memorable classic that stands the test of time.

The film was also a blockbuster hit, grossing $122M from a $5M budget, which speaks for itself, just how great this film is, with the right cast, a good script and action that symbolizes all that makes Chuck Norris everything from a household name to an internet meme. Unfortunately there was never a sequel, and I wish there was, especially since the TV show, Walker: Texas Ranger was loosely based on the Lonewolf MacQuade character. But dare I say it, if the right people can make it work, I would not mind a reboot of that particular title…and ONLY with the right people.

Alas, until that day comes, the 1983 film suits me just fine, no argument there. 🙂 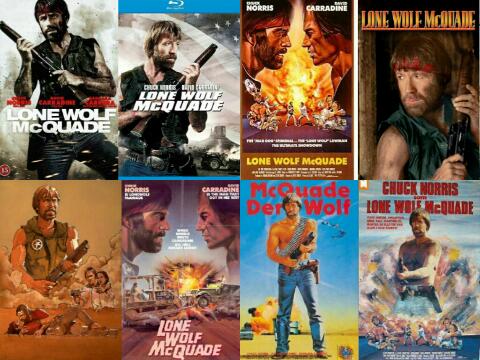 You can stream Lone Wolf McQuade on Netflix, rent it at Google Movies & TV or you can purchase it on DVD or BluRay wherever sold.

A Warrior Vows Vengeance Against The Gods In LAND OF GIANTS JOSHUA KIESER: A Stuntmaster's Legacy