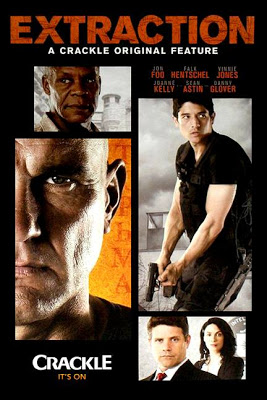 A major feature exclusively for digital, EXTRACTION follows a U.S. Black Ops team member who finds himself the only survivor of a botched prisoner extraction mission. Forced to fight his way out of a maximum-security Chechen prison, he must keep his target alive in order to catch a terrorist arms-dealer who is a threat to thousands of lives.

REVIEW:
Executive producer, writer and director Tony Giglio‘s latest feature thriller, Extraction, arrives with the start of Crackle’s latest slate of online-content for the Fall season of 2013. The film stars Jon Foo in his newest leading role since as Mercy Callo, a member of a black-ops team who moves in on a brothel to catch a wanted suspect holding a mysterious flash drive. Mercy captures the target, but hesitates to follow orders to terminate him when he is convinced his captive knows more than what flash drive holds. 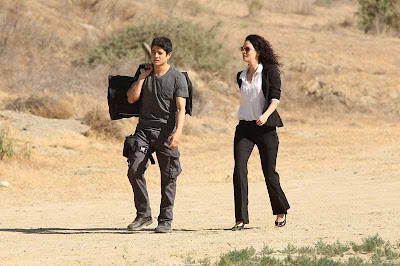 Time passes and the mission ultimately expands further into a larger scale assignment to stop a possible large scale terrorist attack by pursuing and retrieving a well-known, elusive criminal by the name of Rudolph Martin (Falk Hentschel). However, it turns out that acquiring Martin will be the team’s most dangerous challenge yet, as he is presumed to be held captive by Ivan Rudovsky (Vinnie Jones), a ruthless warden in charge of a Chechen prison that extends eight levels below the Earth’s surface.

Assisted by Natalie Meyers (Joanne Kelly), a global intelligence expert on terrorism, the team moves in on the notorious prison and proceedes on their mission, until everything that could go wrong does. Mercy’s entire team is located and killed as he now finds himself the last survivor under the watchful eye of the warden, and with little-to-no communication beyond the inner walls of the prison, Mercy’s only option is to survive the bloodthirty inmates and complete the mission before more soldierd arrive. 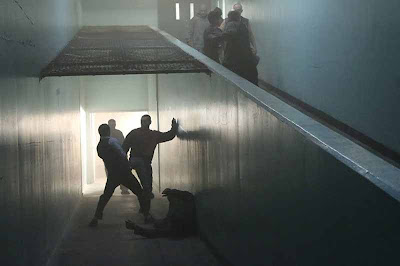 The film plays out like a blend of The Raid, The Rock and U.S. Marshalls, but on a somewhat of a smaller scale than the former. And looking back on the film’s plot formula and small bits of fight coordination here and there, I can honestly see how the comparison would a perceptions would work, which probably annoys some uber-action film critics. I will also say though, that I did enjoy the film’s concept of its hero fighting his way from the bottom-up through hordes flying fists and bullets. It’s a concept that does work here, and has its entertaining moments.

The film also introduces a few interesting back stories for some of its characters which also lends to the mystery and suspense of the subplot featuring Glover, Kelly and actor Sean Astin, which I felt was pretty well-played by the end. The back story for Foo‘s character was very intriguing in that it would have built up to a more linear narrative if it weren’t for some of the varying twists throughout the film. This may have underhanded his character a bit in its delivery, but nothing too seriously though, with some of his better scenes featuring himself and actress Kelly, providing some motivation for the audience to care about what happens next. 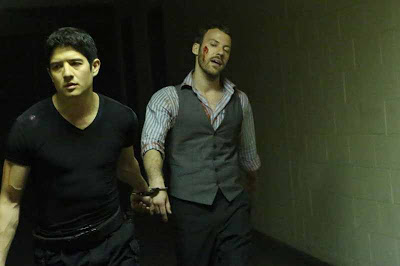 Actor Falk Hentschel does leave a memorable impression as the witty, saracastic supporting character who must join forces with Foo as they fight their way through the prison’s obstacles to make it to safety. After initially seeing Hentschel as the train assassin in the Tom Cruise action comedy vehicle, Knight And Day, Hentschel proves once again that he knows how to handle himself on screen, both dramatically and physically. So with any luck, we might see him in some bigger roles in the not-too distant future. And as always, actor Vinnie Jones is all his own when he’s on screen as the film’s principal villain. When he’s not busy being a scary badass in one movie, he’s busy being a scary badass in another movie, which is all the time… if that makes any sense! 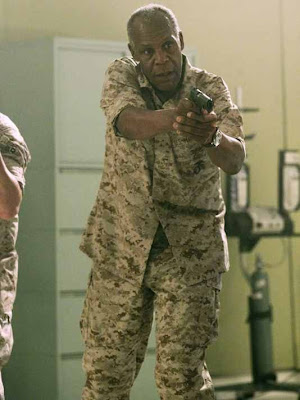 In all honesty, despite the film’s formulaic alignment with select contained-action classics, the film might be a slight disappointment for some hardcore fans of Jon Foo who are used to seeing more lively work illustrated previously in films like House Of Fury and Tom Yum Goong. The stunt coordination by seasoned veteran stuntman, actor and action director James Lew and co-fight choreograper Lin Oeding was pretty enjoyable while watching both Foo and Hentschel trading blows with the film’s screenfighting extras. But it’s only at the biggest fight scene at the cusp of the film’s third act between Foo, and actor Paul Duke, where Foo gets to flex his muscles a little more, but only a little.

All in all, Extraction isn’t Jon Foo‘s best work. Some of the action seems to play it safe, but it still grants a worthy viewing if you’re a Jon Foo fan or an action movie fan in general. And for what it’s worth, the film sets itself up for a possible sequel for fans to look forward to. At any rate, the film can be seen for free viewing at Crackle’s official website until its likely DVD/Blu-Ray release, so I wouldn’t complain too much.
Extraction is now available for viewing only at Crackle.com. The film clocks in at 106 minutes with commercial breaks in between and will be online from now through February 2014. The film stars Jon Foo, Danny Glover, Joanne Kelly, Sean Astin and Vinnie Jones and is written and directed by Tony Giglio.

Two New Screen Beauties Added To FAST AND FURIOUS 7; Extras Needed For Atlanta Set The Future Is In Daniel Wu's Hands In The New Teaser For CONTROL