[UPDATED] Get An Official First Look At CBS's RUSH HOUR! 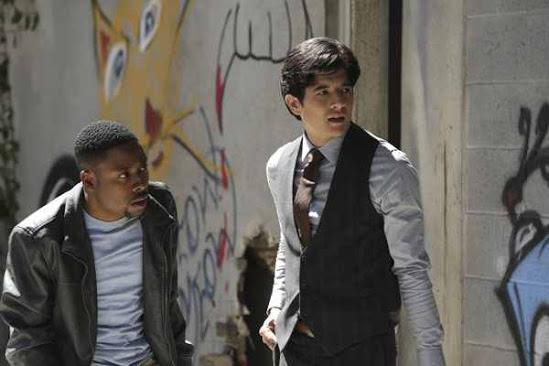 The prospects of remaking a certain property always carry some form of worry for fans. Despite this, early screenings of footage this year for the upcoming premiere of the CBS action comedy series, Rush Hour, have proven positive and thus promising a show fans might well enjoy.

A premiere date hasn’t been announced yet although the show is arriving in 2016. Martial artist and actor Jon Foo teams up with actor and comedian Justin Hires to reprise respective roles of their film predecessors and the hit trilogy from New Line Cinema.

Rush Hour—a reimagining of the hit feature film franchise—is a buddy-cop drama about a maverick LAPD detective and a by-the-book detective from Hong Kong who knock heads when they are forced to partner together.

Detective Lee (Jon Foo) is a reserved, honorable master martial artist with lightning-fast moves who comes to L.A. to avenge his sister’s alleged death and learn more about her connection to a Chinese organized crime ring. Detective Carter (Justin Hires) on the other hand, is a wisecracking cop who plays by his own rules. As exasperated as Carter’s boss Captain Cole (Wendie Malick) gets with him, she knows he’s a brilliant detective who gets results.

Attempting to help the two get along is Sergeant “Didi” Diaz (Aimee Garcia), Carter’s friend and former partner who doesn’t hesitate to call him out on his antics. Secretly aiding them as an informant is Carter’s cousin, Gerald (Page Kennedy), a low-level offender who runs with a tough crowd. Even as cultures clash and tempers flare, Carter and Lee can’t deny they make a formidable team, and grudgingly admit that sometimes an unlikely pairing makes for a great partnership.

A less-graceful trailer leaked online earlier this year, but CBS has offered an offical first look that shows a lot more polish and range with Foo and Hires in character, and you can tentatively view it only there until further notice.

AFM 2015: Lionsgate Takes THE COMMUTER And OUR KIND OF TRAITOR And Now, A Word From IKO UWAIS…