Hell Is Coming In The New Season Three Trailer For El Rey's FROM DUSK TIL DAWN: THE SERIES 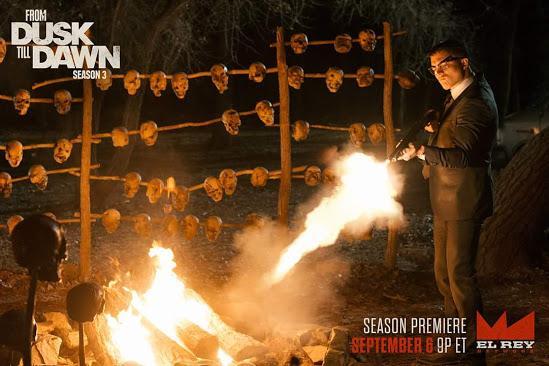 The next chapter is almost here, folks! Two seasons into El Rey’s From Dusk Til Dawn: The Series, and a LOT has happened. Politics rule the criminal and supernatural underworld of culebras, and underneath it all, the stories of six people desperate for answers to find themselves between battles is a journey that has thusfar continued with a good number of casualties.

Yes, winners and losers have comprised both sides of this brewing war, but dark twists of intrigue and danger await with new characters inbound that will further shape the remainder of this bloodletting saga. It all goes down beginning September 6 at 9:00pm Eastern Time, and for this, the latest trailer for season three is all you need to help quench your own thirst until then!