Hell Is The Only Way Out In The New Trailer For The Wong Fei-Hung Origin Epic, RISE OF THE LEGEND!

MONEY HEIST: KOREA – JOINT ECONOMIC AREA Teases A Heist Like No Other This June!

GOODBYE CRUEL WORLD: A Medley Of Violence And Chaos In The First Teaser

WOLF HOUND: U.S. Pilots Are In The Dogfight Of Their Lives In The Official Trailer

THE TERMINAL LIST: Chris Pratt Shoots His Way To The Answers In The Official Series Trailer

Hell Is The Only Way Out In The New Trailer For The Wong Fei-Hung Origin Epic, RISE OF THE LEGEND! 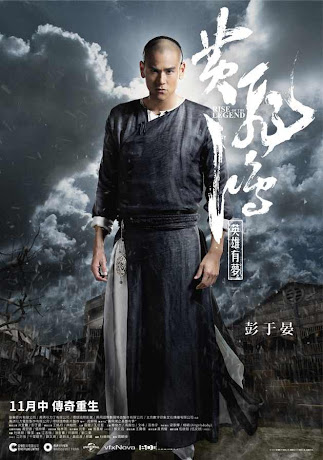 Director Roy Chow‘s grand plan to reinvent once-living martial arts legend and cinematic folk hero, Wong Fei-Hung wasn’t without its fair share of criticisms from purists. Of course, some of that noise died down with the teaser for said film, Rise Of The Legend back in August, giving a shiny and quite lusterful glimpse into Chow‘s forthcoming origin telling based on Fearless scribe Christine To’s screenplay.

That said, the film is getting released in Hong Kong this November, and already has major distribution and production muscle behind it now that Universal Pictures is aiding in its distribution for other territories next year. The film stars Eddie Peng who previously showed his fighting chops last year in the MMA drama, Unbeatable, and he now returns to present himself im the iconic role that promises to revitalize the legacy of his influential role hailed by fans around the world, thanks in part to the late Kwan Tak Hing and actor Jet Li to name a few.
SYNOPSIS:

In the late Qing Dynasty, a young man called Wong Fei Hung rises up against corruption and injustice to become a master of his time and an everlasting legend in the world of martial arts.

Sammo Hung, Wang Luodan, Jing Boran, Wong Cho-lam and Zhang Jin also star with fight choreography by Corey Yuen Kwai. A new trailer has now gone viral, so check it out below and feel free to weigh in on our Facebook page or in the comment section below!