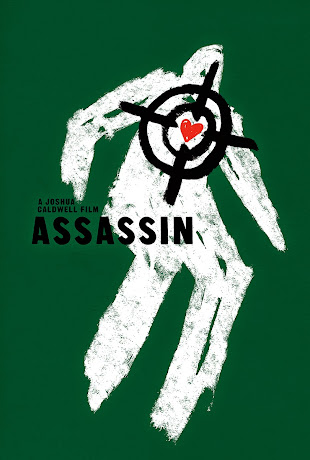 Well how about this? It’s not everyday we get to see something versatile in storytelling and action, and I can’t remember the last time I’ve seen a film in this genre that was LGBT inclusive in its characters. But here, Joshua Caldwell has been at it for about a month now with the hopes of crowdfunding his latest action thriller, Assassin. Writer and longtime film partner Travis Oberlander worked the script for the project now being hosted at crowdfunding site, Seed And Spark and it goes a little something like this:

Jane, a mysterious woman staying in a remote cabin in the mountains, meets and falls for Ella, a local woman caught in an abusive relationship. As the two grow closer, we learn that Jane is a contract killer, hiding out after a job went wrong and a little girl was killed. Jane is waiting to meet up with her mentor and father-figure, but he’s nowhere to be found. As a self-imposed deadline approaches, the sudden appearance of a former colleague, a deadly turn in Ella’s relationship and a sign from Thomas, all force Jane to choose between the man who raised her and the woman that loves her.

Swiss actress Marem Hassler (Lara Croft Tomb Raider: Cradle Of Life) and French actor Karl E. Landler (Metal Hurlant Chronicles) are reuniting with Caldwell and Oberlander on the project as the second of a trilogy followng their previous lower-budgeted indie film, Layover, along with stuntwoman and stunt coordinator Gaelle Cohen (Zero Dark Thirty, Sahara, Brotherhood Of The Wolf) directing the action. It’s an ambitious project here on many fronts with Caldwell seeking his own means of distribution following a production schedule between later this month, and there are only a few days left. So take look at the Seed And Spark campaign page for Assassin and learn how you may donate to this already beautiful and amazing piece of work.