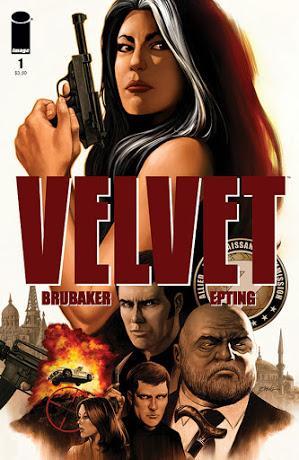 Paramount TV is investing in Image Comics IPs this week with the development of new series drama, Velvet. Kyle Killen (Awake, Lone Star) is pairing with the company ahead of its rebranding from Spike TV as Paramount Network in January, hailing as the network’s first original series drama project.
Per Image Comics:

When the world’s best secret agent is killed, Velvet Templeton, the Personal Assistant to the Director of the Agency, is drawn off her desk and back into the field for the first time in nearly 20 years… and is immediately caught in a web of mystery, murder and high-octane action.

Killen has an overall deal with Paramount TV and is penning the script. He will executive produce in partnership with Velvet creator and author Ed Brubaker, and pencilist Steve Upting, the latter who will produce. Anonymous Content’s Keith Redmon and Steve Golin and Killen-run Chapter Eleven’s Scott Pennington, are also executive producing.

“It’s in the world of Wonder Woman and cast right and with the right pedigree? It’s a big idea and we think Kyle is great,” Paramount Network (TV Land and CMT) president Kevin Kay told THR as part of an Executive Suite interview.