Jason Momoa Set To Take The Fight Underground In KANE 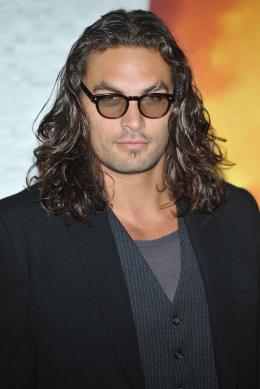 The Hollywood Reporter has reported from the Toronto International Film Festival that actor Jason Momoa (Conan The Barbarian, Bullet To The Head, Game Of Thrones) is set to star, direct and produce for his next feature film, Kane. Based on a script by Robert Homer Mollohan, the film is Momoa‘s second directorial project this year, and will star as an alcoholic ex-boxer who is forced to confront old demons and a cutthroat rival from his past after engaging in the city’s underground fighting ring to help pay for his ex-wife’s medical bills. Momoa is aiming for a January or a February 2014 start date for filming in Detroit, Michigan.

Brian Andrew Mendoza will also serve as producer along with Steven Hoban, who just wrapped up Momoa’s next 2013 action horror picture, Wolves, directed by David Hayter. Momoa will soon appear in his 2013 directorial debut, Road To Paloma, later this year in which he will play a Native American fugitive of the FBI who befriends a musician on the road while in pursuit of the people responsible for the rape and murder of his mother on the reservation. The film will be distributed by WWE Studios and Anchor Bay Films, with a release date still pending, according to IGN.
Stay tuned.