JIANG ZIYA Review: Teng Cheng And Wei Li’s Fengshen Sequel Defines What Heroism Is With Sweeping Action And Adventure And Lots Of Heart 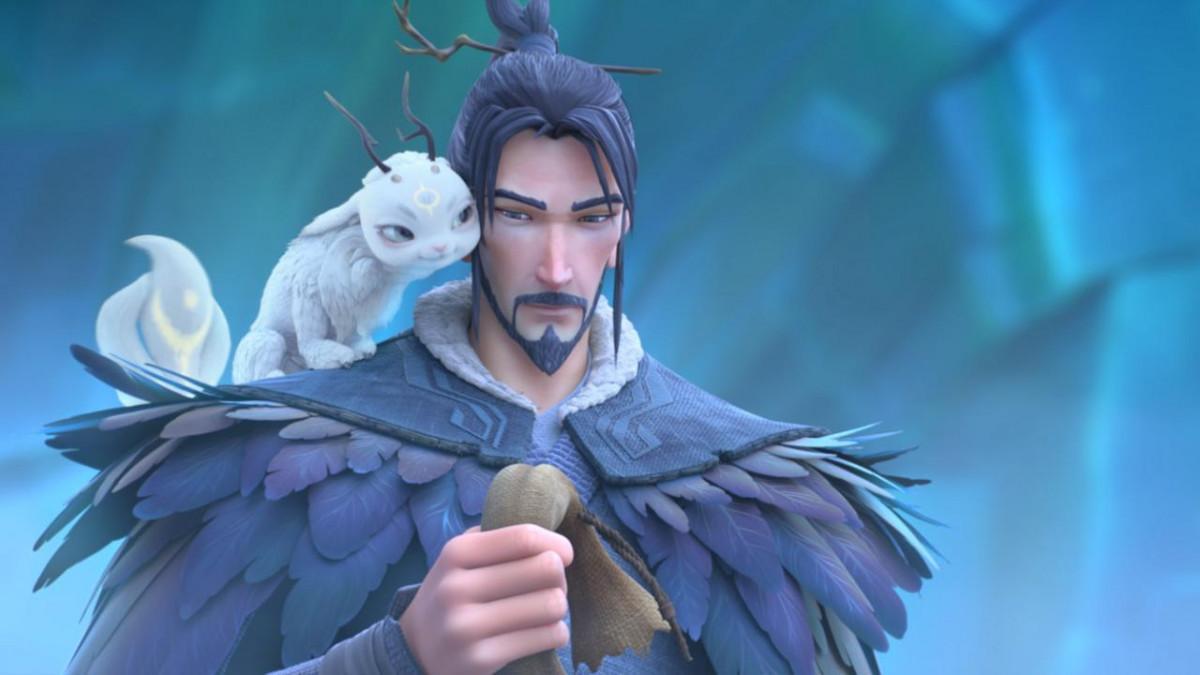 The successful launch of the animated Fengshen Universe with Jiao Zi’s hit movie, Nezha, was exactly what the doctor ordered in order for a sequel installment, now finally set to arrive very soon with Jiang Ziya from directors Teng Cheng and Wei Li.

Written for the screen by Xu Zhonglin, Cheng and Li’s Jiang Ziya takes off with a spectacular opening sequence that sees the titular celestial army commander battling King Zhou’s army. Having capturing the nefarious and troublesome Nine-Tailed Fox Demon in the process, Jiang Ziya is then tasked with performing its execution ceremony in order to earn his place among the Gods, only to be interposed by the Fox Demon’s telepathic forewarnings of a young girl in its captivity.

In the heat of scuffling with the Nine-Tailed Fox Demon, Jiang Ziya’s failure ensues his banishment to the barren, wintery, isolated village of Beihai in the mortal realm to ponder his mistakes. Ten years later and of middle age, Jiang Ziya’s hulking celestial comrade and apprentice, Shen Gongbao, find themselves on a new adventure when a young girl mysteriously sporting fox ears, and a likeness to the girl revealed by the Nine-Tailed Fox Demon earlier, arrives to the village in search of a map that could lead her to a mystical mountain where she believes she might find her father.

Inclined to help her, Jiang Ziya, with the aid of his loyal, nimble and tenacious Four-Alike, and that of the reluctant Shen despite his distrust of all Fox Demons and similar beings, set out to help the young girl, commencing a harrowing and dangerous adventure trekking through wartorn valleys, and battling hellish monsters. Epic battles and stunning sights of spirtual entities and creatures along the way are just part and parcel to the goal that lies ahead, along with familiar enemies and damming revelations that will implore Jiang Ziya, in a likely chance at redemption, to define just what becoming a God could mean, in the course of deciding the fate of one’s life over that of mankind.

Despite taking on numerous embellishments in adapting Wuershan’s original shenmo novel, Jiang Ziya largely accomplishes what it sets out to be in transitioning the story from literary form to a commercial, cinematic format. Fans who loved films like Nezha and Monkey King: Hero Is Back will take a strong liking to the film’s vibrant and colorful animation, as well as characterization. Jiang Ziya, voiced by actor Zheng Xi, hasn’t lost a beat with many of his powers despite spending a decade as heaven’s castaway.

Funny enough, the only thing that really outmatches or equals his fighting prowess and spell conjuring is his penchant for neatness. Nonetheless, the film wouldn’t be exciting without stakes, and as assuring as our hero’s abilities are when he applies them, the young woman in question, regardless of her own sprightly fervor, is still very much a danger to herself when she acts on impulse. Add in the fact that there’s a good chance his powers may run low, on top of having to fend off various monsters and rematching against the Nine-Tailed Fox Demon in its own quest for immortality, and with Jiang Ziya, you’re handed a fascinating, often fun work of 3D animation

Entrenched within all the action, comedy and visual spectacle of Jiang Ziya is a inherent spiritual framework that fans of Asian films and Chinese folklore all the same will take a liking to. The film’s humanistic approach and underlying message altogether helps culmimate a winsome and entertaining action adventure for the whole family, and there’s even more that awaits in the mid-credits that tie in to Nezha, including a hilarious New Years’ skit, and brief teaser shots hinting at a third feature in tow for the Fengshen Universe, so be sure to follow the on-screen prompts as the credits roll to catch it all.

DUEL TO THE DEATH Retrospective: A Refreshing, Indelible Bookmark In Wuxia Cinema NIGHTSTREAM 2020 Unveils Full Program Ahead Of October Launch!