JUST FOR LAUGHS: A Commercial Shoot Goes One Foot Too Long In FIVE DOLLAR FOOTLONG! 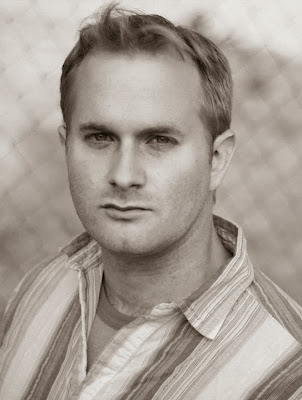 This past Tuesday, I reported that actor, stuntman and stunt coordinator Darren Bailey (The Scumbag Boss, Vigilante Diaries) was making his independent directorial debut with the upcoming shortfilm release of Surge, with actor Tyler Williams. However, those interested in a different side of the aspiring director may want to keep reading.

Aside from action, Bailey also has a knack for tapping into other dimensions of film and acting, such as comedy, an experience that dates back to his previous life in Cincinnati, Ohio, partaking in such feature-length productions as Fingerman: Dr. London & The Triangle Force and Eastern College. After moving to California, he and Christopher Cowan, in a life prior to founding Thousand Pounds Action Company, created their own online comedy film group, Komikarate, which contributed to the very shortfilm, Five Dollar Footlong, in the embed you see below.
In talking with Film Combat Syndicate, Bailey shares his take on how it all went down. “I came over to Chris’ house one day just to hang…” he writes “…and he, Noah Applebaum and Dan Johnson were tossing around the idea, but needed someone to play the director. It was all improvised, and they didn’t know what I was going to say with each take. It was hard to keep a straight face.”

Komikarate has since been inactive for some time now, but Bailey, Cowan and the rest of the crew still write stuff from time to time, and are planning to eventually put it on film. In the meantime, here’s Bailey and company, during a commercial shoot that doesn’t quite go as smoothly as this big fat-cat Aussie-accented Hollywood director would hope.
I would prefer to think that a perfect world, Subway would have endorsed this shortfilm for its campaign.