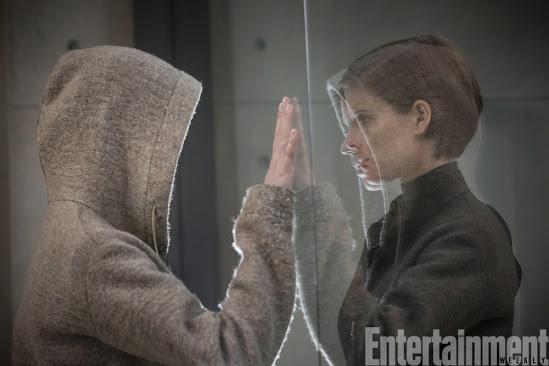 Time will tell what the future holds for actress Kate Mara in a return to the Marvel fray following Fox’s blunder with Fant4stic. In the meantime, the campaign is now underway to pitch The Martian co-star’s newest role in sci-fi for the new thriller, Morgan, which opens September 2.

Luke Scott, son of seasoned filmmaker and the film’s producer, Ridley Scott, makes his directorial debut from a 2014 Black List script by Seth W. Owen that casts Mara as a corporate troubleshooter sent to a remote location to evaluate an artificially created, rapidly developing lifeform. “What Morgan really alludes to is human beings becoming, in a sense, the creator. Not in a traditional religious sense, but an idea that we have the capabilities to become our own creator. And what I suspect could happen — we’ve seen it in all these movies, whether it’s Frankenstein or Metropolis — it’s the creation of a being that is greater than the creator…” says the director. “…That is fascinating to me, and it definitely feels like a next stage of evolution in the real world.”

EW is out with their slate of first look photos which also feature The Witch breakout star Anya Taylor-Joy and actor Paul Giamatti. The first teaser drops tomorrow.