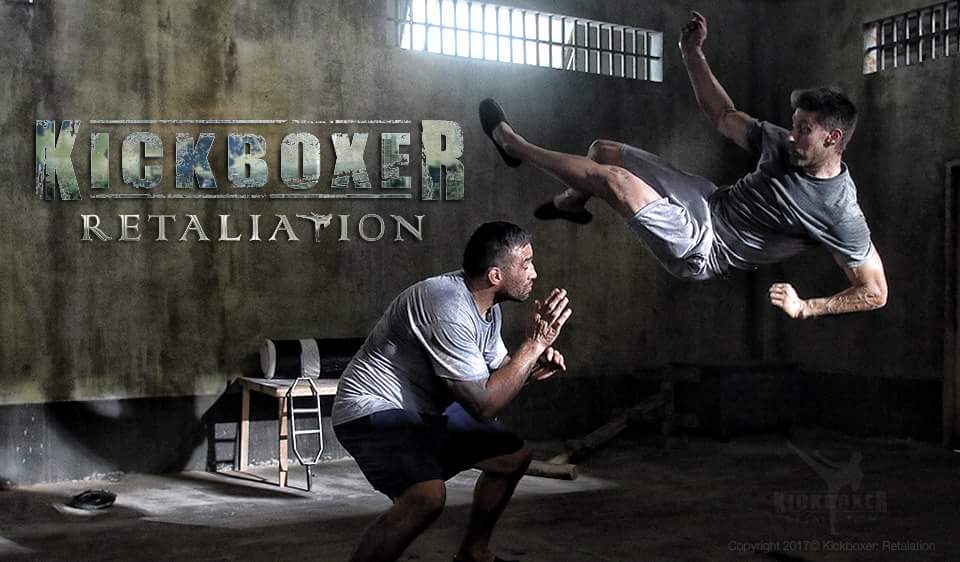 I won’t repeat myself as you are more than welcome to click here and view my initial thoughts on the upcoming sequel, Kickboxer: Retaliation. It is worth noting, however, in the wake of this week’s newly released full teaser, the equally new footage that now welcomes the continuation of actor and martial artist Alain Moussi back in the role of Kurt Sloan, now taking his next step further into enemy territory where the stakes are raised even higher.

Kickboxer: Retaliation continues where Kickboxer:Vengeance left off. It has now been 12 months since Kurt Sloan left Thailand vowing never to return. We pickup the story in a crowded sports arena with cheering fans where Kurt is now in a new battle – A title bout for the MMA World Championship title. When Kurt returns back to the locker room he is met by a familiar face along with, what we are led to believe to be two US marshals who charge Kurt with a crime and is extradited back to Thailand in an illegal manner. At some point during the journey, Kurt is sedated and later wakes up in a dingy cell at an infamous prison in Bangkok, Thailand.

The new film brings a meatier batch of action muscle that otherwise promises something entertaining in the process. Of course though, much of the dramatic gravitas will likely reside in performances by the film’s worthwhile lead as well as actress Sara Malakul Lane and action star Jean-Claude Van Damme reprising from the first film, in addition to seasoned thesp Christopher Lambert teasing some pugilist villainy below in the new teaser; Lambert fighting is something we haven’t seen since we last saw him clash swords in the Highlander movies so this was an interesting find. Cautious optimism ensues from here at any rate.

The film is supposed to release this Fall but an official acquisition and release announcement remain pending from trade sources or elsewhere so if I have something solid by then, I’ll be sure to put it out there.