Killer Action With A Touch Of Romance And Bullet-Time In The New Trailer For LOVE LIKE BULLETS! 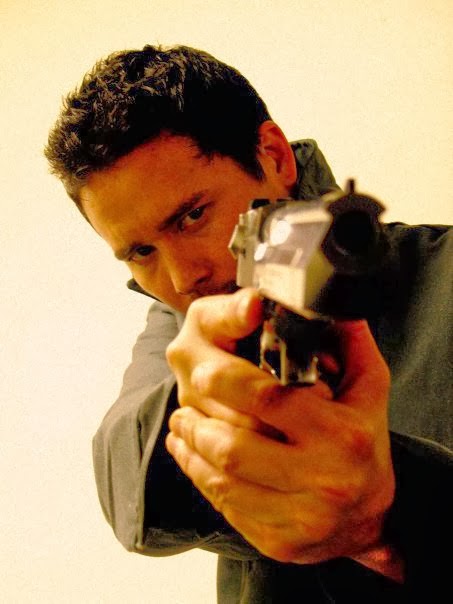 *This article has been updated with correct information regarding the film’s production period.

It appears actor and martial artist Johnny Yong Bosch has been pretty busy with a new film in recent years. His latest to date comes from director and action and stunt veteran David Wald who has worked on several previous projects with Bosch dating back to the earlier years of the Mighty Morphin Power Rangers TV series and the related subsequent feature films, in addition to the 2002 Alpha Stunts-loaded action spectacle Wicked Game (a.k.a. Extreme Heist), and Wald‘s shared co-directorial credits in the 2009 fantasy actioner, Hellbinders.

Bosch has also maintained his staying power as a foremost action star, surprising beloved fans with the 2008 production and rare release of the uber-violent martial arts action thriller, Broken Path, along with his forthcoming appearance in Osiris Entertainment’s March 11, 2014 release of the Eric Jacobus-directed independent thriller, Death Grip. This week however, the actor and lead front man, singer and guitarist of the rockband, Eyeshine, unleashed a surprise via his official Facebook page with an unofficial announcement accompanied by new footage from Wald‘s latest directorial gig, Love Like Bullets, for which Bosch also wrote the screenplay as well as its official original soundtrack.
The film has endured quite a lengthy production process since 2010, and little else is known about the film except what we are offered in the following premise below, in addition to some of the extra possible character details highlighted at the official website for the film’s production base, Kardhouse Films. One thing is certain, however, is that this is only a continuation of Bosch‘s active role as an action cinema star with a fanbase that loves him, and will no doubt be supporting his career for the years to come. And if I may say so myself, while Broken Path fell short commercially due to its poor distributor treatment, that particular film could use a re-release nonetheless. Just my opinion.
Watch the new trailer for Love Like Bullets located in the embed below where you can also subscribe to Eyeshine on YouTube, and stay tuned to Film Combat Syndicate for more info.
SYNOPSIS:

Love Like Bullets is a stylish and pulse-pounding shoot’em-up in the vein of True Romance meets The Professional. Set in the Los Angeles underworld, a hired assassin risks his life to protect a beautiful young prostitute who has captured his heart.

Lucas Till Unleashes His Inner Beast In The New Trailer For WOLVES DEATH GRIP Is Now Available For Pre-Order With A New DVD Release Date!