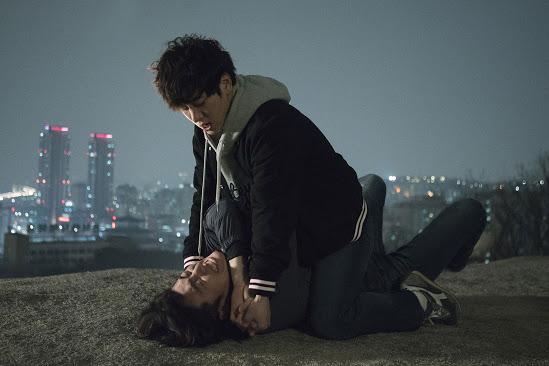 It’s been a while since South Korean cinema dominated our radar with action films save for a few recent hits. Leave it, however, to Untouchable Lawmen helmer Shin Dong-yeop who now heads to the big screen this Fall with his latest action comedy, Showdown.
Featuring debut lead actor Lee Joo-seung, the film tells of a young street fighter and second-in-command gangster who resorts to training under an old martial arts master, and viral video celebrity via his chat forum to challenge the suspect who put his detective brother in a coma amid a pending murder investigation. Oh Ji-ho, Lee Jung-jin, Shin Jung-geun and Son Eun-seo also star and while a trailer was said to be online about a month ago among Korean media sites for those in the know, a new character promo just surfaced a la YouTube which helps quite a bit.
Check out the promo below along with a batch of character posters just beneath ahead of the film’s September release!