Léa Seydoux To Lead With Channing Tatum In GAMBIT For Fox 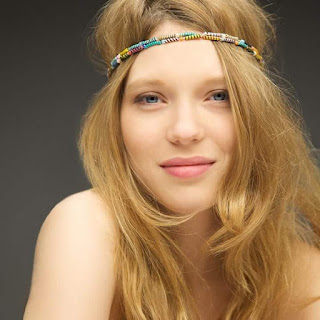 It’ll be a few months before we see Blue Is The Warmest Color actress Léa Seydoux in Daniel Craig’s next James Bond spy epic, Spectre. Until then as of a few weeks ago, the actress was one of three in line for the lead female role of Belladonna Boudreaux in title actor Channing Tatum‘s upcoming Marvel adaptation, Gambit next to actresses Abbey Lee and Rebecca Ferguson.

Since then, Ferguson, who kicked a perpetual load of asses this summer in director Christopher McQuarrie’s Mission: Impossible – Rogue Nation, dropped the film for the new Emily Blunt thriller, The Girl On The Train. As for the part of the Marvel femme fatale, Deadline reports that Seydoux herself has snagged her place in Gambit amid talks for the role.
Tatum is producing as is Reid Carolin, Lauren Shuler Donner and Simon Kinberg with a script by Josh Zetumer, based on the 1990-created X-Men comic book centered on former leader of the Thieves Guild, Remy LeBeau, who has ability to charge most objects with energy, rendering them explosive. Boudreaux herself, LeBeau’s longtime love interest eventually grew into her own powers and became the leader of the Assassins’ Guild.
Production will be kicking off in Lousiana for an October 7, 2016 release from Twentieth Century Fox following the studio’s other Marvel releases, including Deadpool in February and X-Men: Apolcalypse in May.

The New Class Rolls Out In The New Trailer For ESSEX BOYS: LAW OF SURVIVAL THE HIT LIST – August 24, 2015