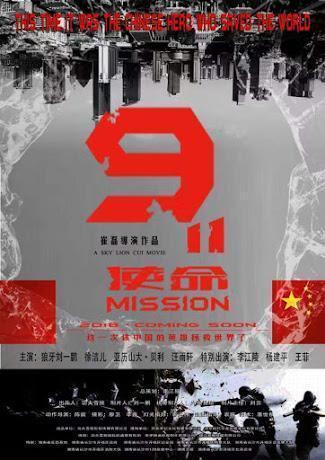 If there is any way that Ultimate Hero helmer Lei Cui can continue his current career trajectory, it might be pretty rewarding for action fans. His latest, Mission 911, is still in production as we speak following a release date push back, and much to our own delight with the promise of an action thriller larger in scale than originally conceived.
An explicit synopsis is still in tow while there are a few story details now reportable that I’m told draw comparisons between Groundhog Day and The Raid. At the center of it all, we meet a cast led by Richard Liu, Jess Hsu and Tiger Yang who play members of an elite tactical unit on a mission to stop a terrorist from acquiring a time travel device to undo the fall of the Third Reich. Actor and martial artist Alexandre Bailly, having built a rapport on Cui’s previous movie, leads the charge as the main villain of the new China-set actioner, along with bringing stylish and kinectic Keysi fighting and close-quarters action to the fold, which Bailly himself mentioned in our recent interview.
More details will follow while the film readies for its December 2017 release and a 3D IMAX presentation to accomodate its scope. In the meantime, the first teaser trailer arrived several days ago and while we wait to see what further production tweaks will offer, the result we now sample here looks like an action-packed treat able to hold its own.