LILA & EVE Are Mothers Out For Revenge In The Latest Trailer 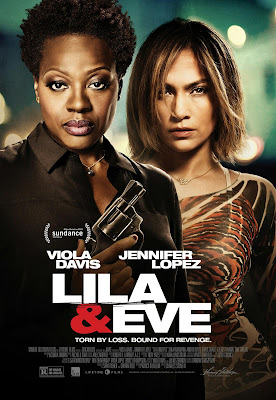 You can chalk up director Charles Stone III‘s latest crime thriller, Lila & Eve, as another in something to look forward to with Out Of Sight co-stars Viola Davis and Jennifer Lopez now back together in this gritty tale of two grieving mothers looking for justice. Actors Shea Whigham (Furious 6, Agent Carter) and Chris Chalk (The Newsroom, Gotham) also star, and the latest trailer is finally going viral ahead of the film’s theatrical and digital July 17 release.

A tense and exciting film, ‘Lila and Eve’ is directed by Charles Stone III (‘Drumline’), and tells the story of Lila (Academy Award® Nominee Viola Davis), a grief-stricken mother who, in the aftermath of her son’s murder in a drive-by shooting, attends a support group where she meets Eve (Jennifer Lopez), who has lost her daughter. When Lila hits numerous roadblocks from the police in bringing justice for her son’s slaying, Eve urges Lila to take matters into her own hands to track down her son’s killers. The two women soon embark on a violent pursuit of justice, as they work to the top of the chain of drug dealers to avenge the murder of Lila’s son. A bold and provocative take on the morals of American society.

Watch the trailer below and stay tuned for more information!