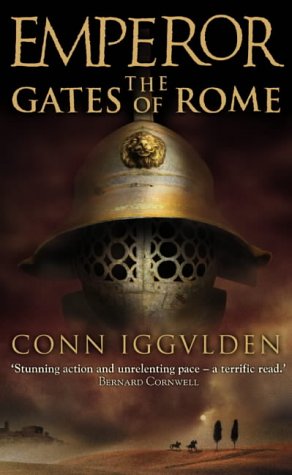 Following the success of its YA novel properties like The Twilight Saga, Divergent and The Hunger Games, Deadline is reporting that Lionsgate’s Summit Entertainment is teaming up with White Horse Pictures in their first cinematic venture for the forthcoming Roman period saga, Emperor. The goal will be a trilogy of films inspired by author Conn Iggulden’s pentalogy of books published between 2003 and 2013, largely focusing on the political malfeasance and toxicity within the Roman Empire that loomed ahead for the lifelong friendship and subsequent fallout between emperor, Julius Caesar, and friend Marcus Brutus.

The film is being staged for a large scale vision akin to the likenesses of shows like HBO series Game Of Thrones and films like 300, with White Horse Pictures founders Nigel Sinclair and Guy East having begun work on the film several years earlier. Pride, Prejudice and Zombies scribe Burr Steers, along with Cast Away writer Stephen Harrigan and Hallmark’s Cleopatra writer Ian McKenzie Jeffers now have a script ready with Willam Broyles Jr. who will executive produce with East as well as Tony To. Sinclair is producing with Hollywood Gang Productions’s own Gianni Nunnari and Atmosphere Entertainment’s Mark Canton, and Mark Jackson.

The Emperor films are reportedly being set as a high priority with a director now being sought after. Stay tuned!

No George Miller For MAN OF STEEL 2 FANTASTIC FEST 2015 Lays Out The Second Wave Of Forthcoming Titles!