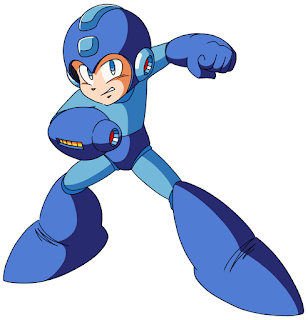 The live-action videogame genre continues its push in film following recent updates on games like Assassin’s Creed, Borderlands, Mortal Kombat and Tekken to name a few. The word now is that a live-action version of the classic Nintendo franchise, Mega Man, is now in development at Fox with Peter Chernin of Chernin Entertain producing.
Launching in 1987 from Capcom with Rock Man as its Japanese title, the 8-bit Nintendo franchise focused on the story of Dr. Light, whose work ends up stolen by Dr. Wily and is converted into a squad of evil battle droids with specific skills, with the goal of world domination. In response, Light upgrades his lab assistant, Rock, arming him with a canon and battle armor and software to help absorb the powers of Wily’s droids upon their defeat.
The news comes just a few months after it was announced that Disney XD would be broadcasting a new 26-epiode Mega Man series in 2017.
As often as films like these are frowned upon by hardcore some fans on top of the overall practice of transitioning video games to film, I have to say that this particular title is one I’ve been waiting for, and I’ve always wondered when it would happen. So, I’m actually glad this is happening, but considering the nature of the genre in Hollywood in the wake of lacking creativity and adherance to the source material (see Fox’s Street Fighter: The Legend Of Chun-Li), I’m also cautious of just how bad this may turn out. As hard as it has been for video game films to live-up to “blockbuster” expectations, Mega Man, if done right, could be a boost with franchise potential.
Director, cast and crew info are pending, so keep your eyes peeled!
H/T: The Tracking Board

Is A Fourth EXPENDABLES Filming Later This Year? The New Poster For SPECTRE Hints At The Opening Sequence