LUCY Gets A Sequel! 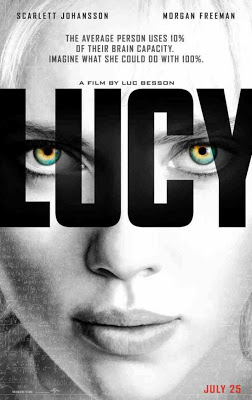 Jesus H. Mother of all cookies and cream!
Sources over at THR have reported that EuropaCorp is lending a nod to a Lucy sequel as per the studio’s English title slate presentation a CineEurope 2015. The first film starred Marvel leading lady Scarlett Johansson in a role that sees her racing against time when a drug she is forced to smuggle for a Korean crimeboss leaks through her bloodstream, granting her unique abilities.
It’s a mind-bending story fantastically built around the question behind what one could achieve if they reached 100% usage of the human brain, and its a concept director Luc Besson was smart to play with having earned close to $460 million dollars globally, with Universal earning a chunk of that for its U.S. run. Besson himself wasn’t too sure about a sequel considering the ending but told folks at WonderCon last year that he would consider it if the film was huge enough.
I guess this means he considered it. Stay tuned for more info!

Chris Pine And Zachary Quinto Confirmed For A Fourth STAR TREK Film Bukaw Tests His Starpower For THONGDEE: THE WARRIOR