JESUS SHOWS YOU THE WAY TO THE HIGHWAY, THE WOMAN, BLOODTIDE And More Head Up Arrow Video Channel’s June Line-Up

Review: THE DEBT COLLECTOR Pays In Full With Another Solid Adkins/Johnson Package [Reprint/Revisal]

UNLEASHED: Vengeance, Redemption, And ‘Guyver Kicks’ In The Latest Trailer 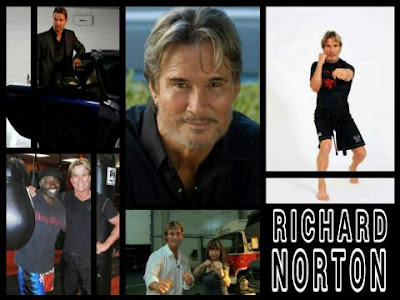 Actor, multi-styled martial arts expert, Zen Do Kai co-founder and martial arts action cinema veteran Richard Norton recently sat down for a segment with Martial Info TV on YouTube, just off of completion of filming for the upcoming film, Mad Max: Fury Road. In the video, Richard highlights several iconic figures in the industry, such as Benny “The Jet” Urquidez and Chuck Norris, while sharing his personal thoughts on the status and importance of integrity in the martial arts world, among stuntmen, students and martial artists alike.

The video is around 11 minutes long, and is a real treat to hear from another leading voice in the martial arts industry as experienced as he is. Enjoy!