Marvel’s THE PUNISHER: Watch The New And Explosive Official Trailer For The Upcoming Netflix Series 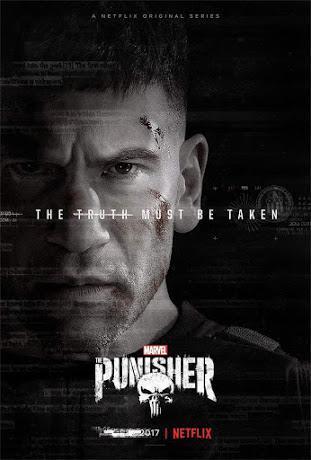 Four weeks ago saw a lot of people become overnight Metallica fans with the first official trailer presentation for Netflix series, The Punisher. Without question, the song alone sells the ensuing tone of raging suffering and outward violence that consumes our protagonist as so seen in the pages of Marvel and preceding film adaptations.

The difference? A much, much more visceral, perceptive treatment that leers further into the darker auspices of what motivates a character like Frank Castle, presented with gusto by actor Jon Bernthal who left quite the impression in season two of Daredevil. With a whole serial season to himself, Bernthal goes all in and with a story that aims at something much more grandiose, raw and organic than anything before attempted.
The first trailer alone samples it all beautifully, aided by nothing more than a 2017 date for avid fans of the IP. This week, a second trailer has arrived with all the world’s promise, setting forth a November 17 global premiere date that no less assures a very filling Thanksgiving by then for folks who can’t binge sooner.

SIDEBAR: I’m bragging a little bit as I had a feeling this was going to come out next month. Admittedly, I’m pleased that I was close!

After exacting revenge on those responsible for the death of his wife and children, Frank Castle (Jon Bernthal) uncovers a conspiracy that runs far deeper than New York’s criminal underworld. Now known throughout the city as The Punisher, he must discover the truth about injustices that affect more than his family alone.

Watch the brand new trailer below, and by all means… take in some more of those Metallica feels.

Jean-Claude Van Damme Is Back In Business As JEAN-CLAUDE VAN JOHNSON In The Official Trailer Review: WHEELMAN Takes You For A Thrilling High-Speed Crime Noir