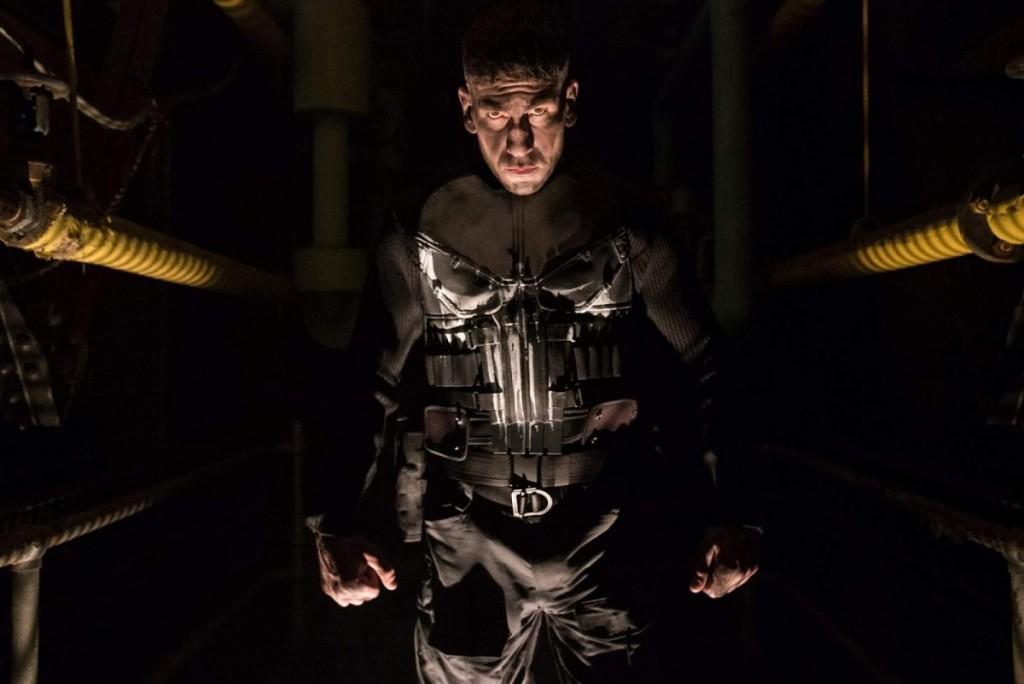 Dolph Lundgren, Thomas Jane and Ray Stevenson all did ample work in their theatrical portrayal of hit comic book character, Frank Castle and his titular alter-ego, The Punisher, hailing from its comic book roots in 1974. If actor Jon Bernthal shares the same prospects any, I wouldn’t mind in the least, and I can’t complain at all either with the current progress being made at Netflix.
The 40 year old actor and co-star of The Accountant, Baby Driver and Pilgrimage brought freshness to his fervor in the role for last year’s two-hander next to Charlie Cox in the second season of Daredevil; A psychologically-splintered soul sparked by raw killing instinct and a tramuatized mental state that keeps him in fight-or-flight mode, this iteration of the dark, skull-bearing, heavily-armed comic book hero has only gotten better and better since then, and thanks in part to a viral campaign ripe with blacked-out tweets and videos adding layers on layers to the intrigue and mystery of what the new show will bring.
That push now brings us a full-fledged trailer invocative of exactly the kind of ballistic, grim and violent world in which Bernthal’s ‘Castle’ lives and kills by. Netflix is still keeping the premiere date a secret but this trailer is absolutely insane and hits all the right notes for this iteration of the Marvel property, and that it’s getting its own fleshed out series with Bernthal carrying the torch and series creator Steve Lightfoot (Transporter: The Series, Narcos) shepherding makes this all the more rewarding.

After exacting revenge on those responsible for the death of his wife and children, Frank Castle (Jon Bernthal) uncovers a conspiracy that runs far deeper than New York’s criminal underworld. Now known throughout the city as The Punisher, he must discover the truth about injustices that affect more than his family alone.

WB Pictures Brings Taika Watiti To The Negotiating Table For AKIRA The Official Trailer For ANNA AND THE APOCALYPSE Attacks The Undead With Song, Dance And Holiday Cheer!