There’s still some fervor among fans that bigger and greater days are still ahead for martial arts action star Kosugi Kane following his better known contributions as of late to the genre in films like Ninja: Shadow Of A Tear and last year’s Tekken: Kazuya’s Revenge. That said, leave it to director Wych Kasosayananda to tackle Kosugi’s current forthcoming nod to the spy genre a la James Bond, with a twist.

Maxx is the name of the new film from Eleven Arts and Kaos Entertainment, set to kick off production in five days with locations set to include Thailand, Phuket and others. The film will ultimately reunite Kaosayananda with Kosugi since serving as director of photography on Kosugi’s lead role last year in Tekken: Kazuya’s Revenge, whilst reconvening with Ninja: Shadow Of A Tear stunt and fight duo, Tim Man and Brahim Achabbakhe. Also starring is The Prince (2014) star, actor Jason Patric with a screenplay by Kaosayananda whose original script had undergone a pair of rewrites in the past year following meetings several years ago over a seperate script from Kosugi and producer Mori Ko – the latter whose credits include film festival favorites such as Ochiai Ken’s Uzumasa Limelight and Tzang Merwyn Tong’s newest, Faeryville. 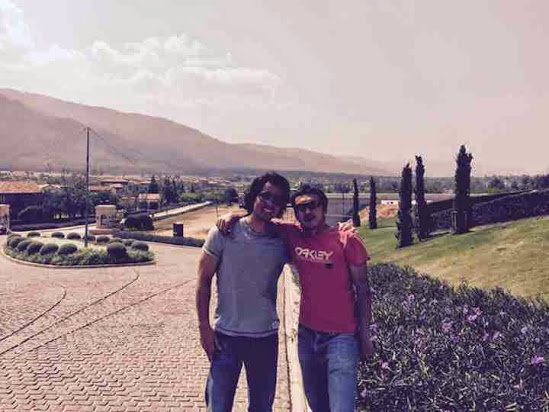 Kosugi and Kaosayananda will also be producing as the film’s vision peels back its layers in toning a properly driven character action-adventure filled with the usual tropes of classic Bond with nudge to Showtime series, Dexter. In other words, while not too dramatic and gritty for its kind, fans can largely expect their fair share of one liners with a fair amount of action in short bursts that will help keep this epic tale of espionage going no matter what.
Script and plot details are nil at the moment so further details are still pending within next month or so as filming commenses. In the meantime, don’t fall asleep on this one as Maxx gears up this month. Stay tuned for more info!