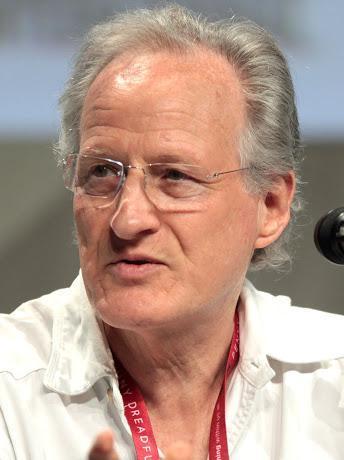 Immersive crime narratives have been, and continue to be, a staple for director and author Michael Mann; Say what you will about Blackhat – I say it was a disservice for it to bomb the way it did four years ago and personally, I’m glad it hasn’t tripped him since.
The last few years have seen the celebrated Heat helmer move forward with several projects, including at least a few through his his publishing imprint, Michael Mann Books. HarperCollins is just the latest to catch on with exclusive reports last week at Deadline on their acquisition of publishing rights for a new book from author Elaine Shannon, for which Mann has himself nabbed television and film rights.
As Mike Fleming Jr. reported last week, the forthcoming book stems from four years of Shannon’s own research into Paul Le Roux who went from developing encryption software in the late 1990s and early 2000s to becoming hailed one of the foremost dangerous international criminals of the 21st century. The crux of the book will entail Le Roux’s terrorist-linked global enterprises in drugs, guns, murder-for-hire and mercenary operations, and his coinciding manhunt and arrest in 2012.
Fleming Jr.’s report follows up on Le Roux’s recent testimony in the last few weeks at Manhanttan Federal District Court for the murder trials of three gunmen involved in the 2011 murder of real estate agent Catherine Lee. Mann, said to have been quietly following Le Roux for sometime, was present at the hearing.
“Elaine Shannon’s book,” Mann said, “took me into the actual people and places, the language and attitudes as powerfully as great fiction. Deeply and vividly, it illuminates the mind of LeRoux and the dark frontier of transnational crime.”

Michael Mann Books is also home to a series of upcoming books, including a prequel to the 1995 crime classic, Heat, and a book with a film to follow centered on crimeboss Tony Accardo and Sam Giancana based on Mann’s script co-penned with Shane Salerno.