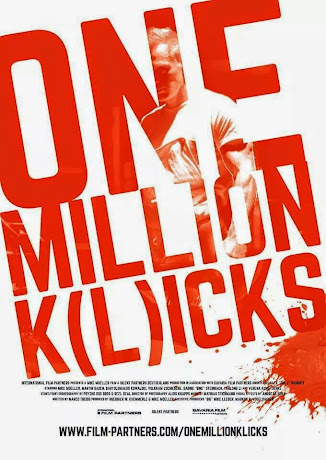 The wonders of the martial arts action genre never cease – a case that can be made virtually anywhere around the world, including Germany where martial arts star Mike Moeller (Kampfansage: Der Letzte Schuler, Arena Of The Street Fighter) continues to shine with the forthcoming release of the new film, One Million K(L)icks. German stuntman and actor Alex Padrutt makes his directorial debut with Moeller taking center stage as lead actor, co-writer and action director in a film that once again bring the action hero back in the fray and doing what he does most awesomely.

ONE MILLION KLICKS is a high impact German language martial arts movie, which hits the big screen in Germany in mid September. The film follows Mike Moeller’s character, a well meaning if belligerent pugilist who finds himself drawn into the world of an underground martial arts tournament, where he soon learns that money and glory mean nothing when your life is on the line for the entertainment of viewers streaming the fights across the internet.